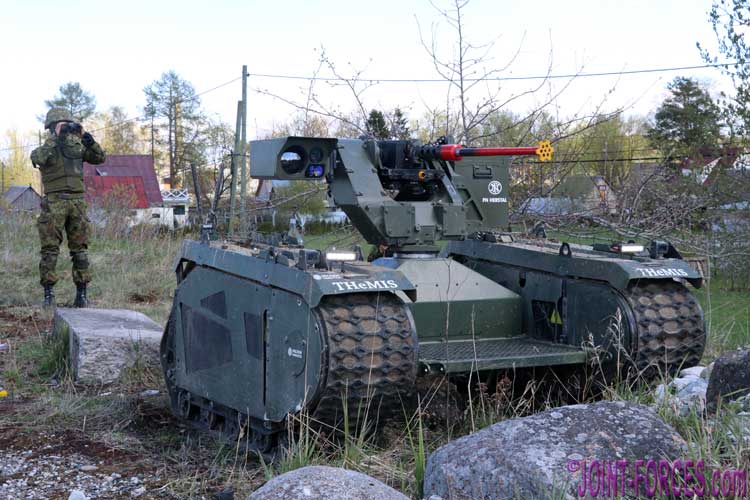 Milrem Robotics is to deliver two Unmanned Ground Vehicles to the Defence Science and Technology Laboratory (DSTL) of the United Kingdom.

Press Release, Tallinn, 01 April 2020: DSTL whose purpose is to maximise the impact of science and technology for the defence and security of the UK, is procuring the unmanned vehicles to explore the capabilities and limitations of these autonomous systems in areas such as mobility, vulnerabilities and safety.

Milrem Robotics will supply the vehicles to DSTL in partnership with leading defence technology company, QinetiQ, who will integrate autonomous functions to the vehicles and arrange transfer to the end user. In cooperation with QinetiQ, Milrem Robotics is participating in two UK large-scale robotics programmes – JTARR (Joint Tactical Autonomous Resupply and Replenishment) and RPV (Robotic Platoon Vehicle).

“The United Kingdom has a clear view on the importance of robotics on the battlefield and its impact on defence capabilities. This is illustrated by the two large-scale robotics programs in which Milrem Robotics is currently participating in the UK,” said Kuldar Väärsi, CEO of Milrem Robotics.

DSTL follows similar organisations in the Netherlands, Norway and Germany who have also opted for the THeMIS platform. For example, the German Federal Office of Bundeswehr Equipment, Information Technology and In-Service Support has acquired one platform for similar testing and evaluation by the German armed forces. In addition, the THeMIS UGV has been delivered to France, US and Indonesia in logistics configuration intended to provide combat support and carry supplies with an option to integrate additional kinetic or non-kinetic payloads.