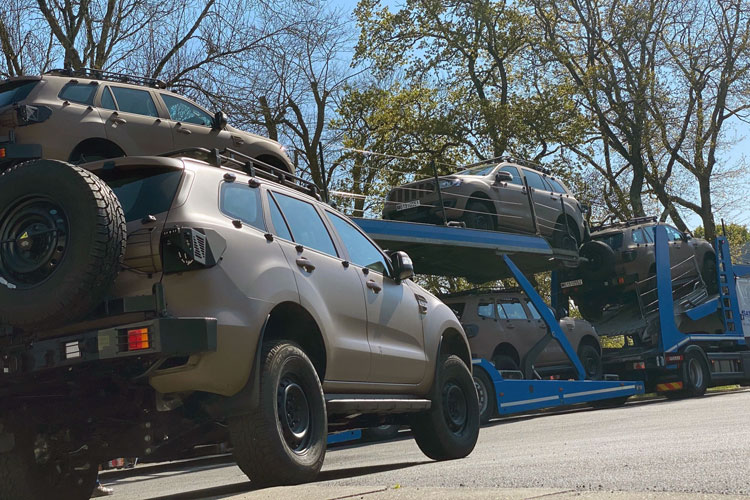 ARQUUS has launched its business continuity plan specifically crafted to support the French Army on national soil as well as on foreign operations.

Press Release, 31 March 2020: ARQUUS has launched a complete business continuity plan, specifically crafted to support the Army, currently committed on all grounds, on national soil as well as in foreign operations. To help the armies face the multiplicity of operations and the acceleration of operational rhythms, ARQUUS presents them with all immediately available vehicles, as well as all its capabilities in terms of vehicle support and maintenance.

ARQUUS has completed a full inventory of the means that could quickly be handed to the armies. Roughly 300 armoured and non-armoured, new and retrofitted vehicles have been identified and a discussion was initiated with the Direction Générale de l’Armement (DGA, French Procurement Agency) and the Structure Intégrée du Maintien en condition opérationnelle des Matériels Terrestres (SIMMT, French Army structure in charge of the maintenance of all Army equipment) to ensure the delivery of these fleets to the Army, even though all production activities were halted in the factories.

In this framework, the DGA’s Quality service has been conducting all necessary tests in Garchizy for 13 VAB specifically designed for foreign operations. These 13 VAB have then been handed to the Army. They complete a series of 40 vehicles, started last year, which will reinforce the units currently deployed in the framework of Operation BARKHANE.

Last week, the DGA’s Quality service also conducted a number of tests on a batch of 100 light tactical, non-armoured VT4 vehicles in Saint-Nazaire, in order to plan and organise delivery operations to the armies, in liaison with the SIMMT. A first batch of 100 vehicles has already left Saint-Nazaire at the end of last week, and 100 more will be handed over this week. These vehicles will reinforce the means available for domestic operations.

In order to contribute with supporting the forces in their current operations, both on national soil and in foreign operations, ARQUUS has made sure that numerous support activities are kept running. Dedicated teams have been kept in place on the different industrial plants to ensure the reception and delivery of all spares and organs, in accordance with all support agreements linking ARQUUS and the SIMMT. These teams ensure, as much as possible, the support of vital fleets such as the 10,000 trucks of the MSS PL contract (TRM10.000, TRM2.000, VLRA, GBC 180), which carry the Army’s logistics, or the VAB, VBL and PVP which constitute most of the combat vehicles deployed in operations. ARQUUS has also made sure that all French VBCI and Caesar fleets would keep receiving all necessary spares and organs, through partner company Nexter.

At the ARQUUS HUB in Garchizy (Nièvre), in charge of all logistics activities for the spares and organs for the vehicles supported by ARQUUS, almost 35% of the workforce are still mobilised today, with utmost respect for all sanitary measures, in order to ensure the reception, conditioning, preparation and sending of all kits to the regiments.

Last, the Renault Trucks network, on which ARQUUS relies for the support of the Army’s trucks and VT4 vehicles, is still operational. More than half of the network, totalling more than a hundred service points all over France, overseas territories included, is at the disposal of the armies for regular maintenance activities.

More than ever, ARQUUS is fully committed to serving the Army, in order to ensure, as much as possible in these very demanding times, its mobility on all operational theatres, foreign as well as domestic.