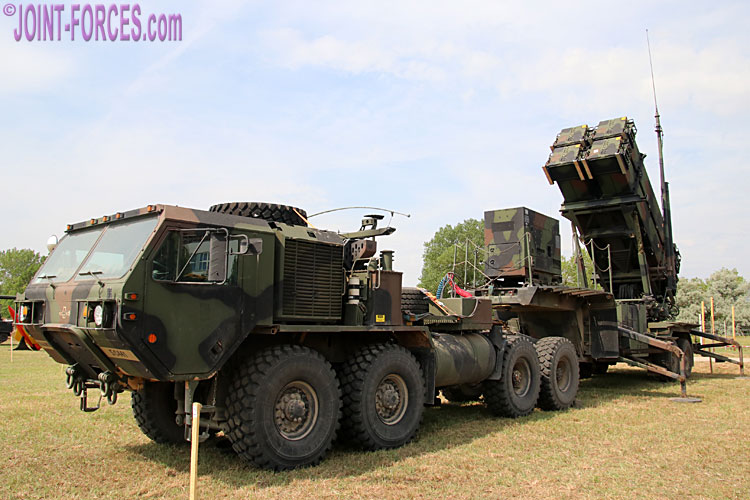 Oshkosh Defense has been awarded a $346.4 Million contract to modernise vehicles in the US Army and US Army Reserve FHTV fleets.

Press Release, Oshkosh, 30 March 2020: Oshkosh Defense, LLC, an Oshkosh Corporation company, announced today that it has been awarded delivery orders totalling $346.4 million from the US Army Contracting Command – Warren to modernise vehicles in the US Army and US Army Reserve Heavy Tactical Vehicle (FHTV) fleets.

Under the delivery orders, Oshkosh will recapitalise Heavy Expanded Mobility Tactical Trucks (HEMTT) and Palletized Load System (PLS) trucks as well as manufacture new PLS trailers. The FHTV fleet is designed to accommodate many mission packages, allowing it to support multi-domain operations as the battlefield continues to evolve.

“Whether they’re hauling rocket launchers and missile defence systems, or transporting mission-critical equipment, the HEMTT and the PLS will continue to be an integral part of the US Army and US Army Reserve heavy vehicle fleets for years to come,” said Pat Williams, vice president and general manager of US Army and Marine Corps Programs for Oshkosh Defense. “As the military pivots its focus to near-peer adversaries, they can be confident that the FHTV fleet will continue to serve as a key enabler for combat missions,” Williams continued. “We look forward to supporting the Army’s modernization priorities now and well into the future.”

Recapitalised vehicles are rebuilt with the latest technology and safety upgrades and quickly returned to field operations with the same warranty and life cycle cost advantages of a new vehicle. Since 1995, Oshkosh Defense has recapitalised over 13,700 HEMTTs and 3,400 PLS vehicles.

Featured, FHTV, HEMTT, Modernisation, Oshkosh, Oshkosh Defense, US Army, US Army Reserve
You may also like