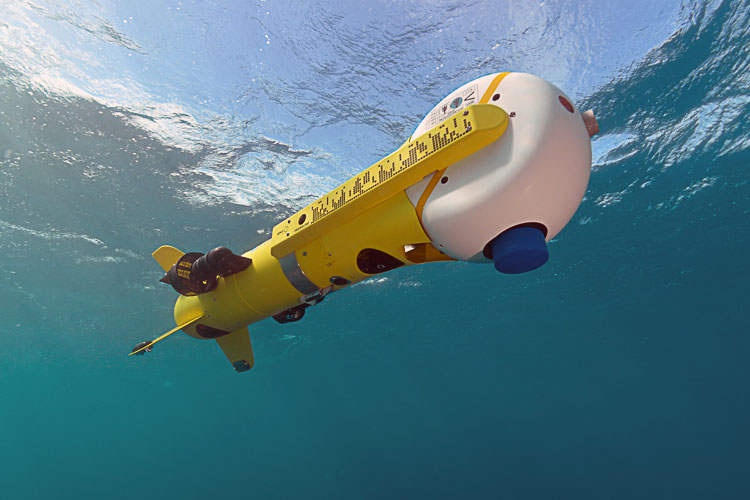 The ECA GROUP will provide the Lithuanian Navy with more K-STER mine disposal vehicles to be used for mine counter-measures at sea.

Press Release, 30 March 2020: After being one of the first navies to be equipped with ECA GROUP’s K-STER MIDS ROV back in 2009, the Lithuanian Navy, renewed its trust in the capabilities of this solution to neutralise sea mines. Ordering another batch of this system, the Lithuanian Navy confirms its trust and satisfaction towards the performances of the K-STER.

The K-STER solution equips 20 navies worldwide and has been recently chosen by the Belgian Navy and Royal Netherlands Navy as part of the modernisation programme of their MCM Capabilities to be delivered within the next 3 years.

In spring 2019, as part of the OPEN SPIRIT exercise held in Lithuania, ECA GROUP’s K-STER systems were deployed. Alongside traditional means of mine neutralisation, Lithuania and NATO mine counter-measure ships participating in the exercise were equipped with this ECA GROUP solution, which has once again successfully demonstrated its efficiency and reliability to complete mine neutralisation operations.

K-STER is a expendable mine disposal system developed by ECA GROUP in 2008. Inheriting from the successful PAP solution and benefiting from the latest technologies and R&D development, this Remotely Operated Vehicle is dedicated to underwater mine countermeasures. This sea proven solution allows to neutralise mine while keeping crew safe. Operators can run the drone from a command and control unit located outside of the minefield, whether onboard a ship or from the land – in this case, the K-STER can be automatically deployed from an USV platform.

Designed with tiltable shape charge, the K-STER can neutralise all kinds of mines from sea bottom mines, floating mines, historical mines to the smartest mines. Its unique propulsion architecture allows to stand strong water currents and approach the mine to its closest. Safety characteristics includes insensitive ammunition & multi-pole safety interlocks until the final firing. ECA Group’s K-STER solution is compliant to NATO standards thanks to the integration of the most advanced technologies in term of reduced acoustic and magnetic signatures.

The K-STER MIDS ROV can also be integrated in a collaborative system of drones UMISTM, and can thus be automatically be deployed by an USV. All operations can be planned, run and analysed through a common interface software UMISOFTTM allowing the simultaneous use of several drones during all the phases of MCM operations, in a user-friendly way.