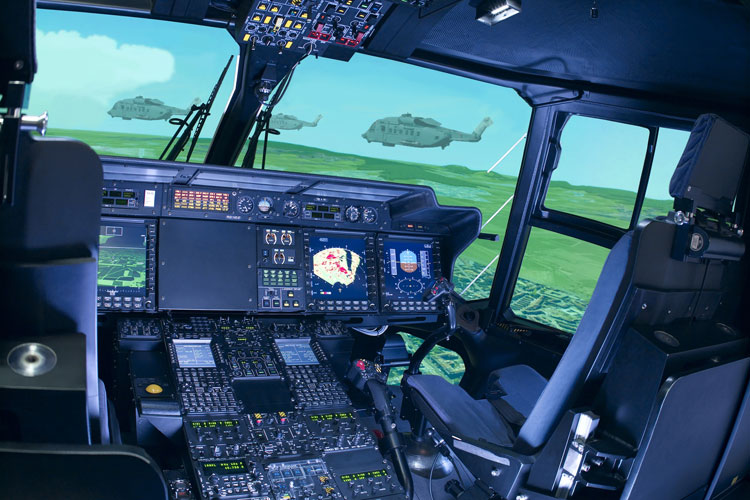 Rheinmetall, as part of the HFTS GmbH team, is modernising flight simulators for the NH90 helicopter fleet of the German Army Aviation Corps.

Press Release, Düsseldorf, 17 February 2020: As part of the Helicopter Flight Training Systems (HFTS) GmbH team, Rheinmetall is modernising flight simulators for the German Army Aviation Corps’ NH90 helicopters. A contract to this effect was signed at the end of December 2019.

For Rheinmetall, the order is worth a figure in the lower double-digit Euro million range. Awarded to HFTS, the complete contract encompasses operation, service and maintenance of the simulators through to 2027, with a contractually guaranteed availability rate of at least 98%.

The German Bundeswehr is thus sticking to HFTS GmbH, the tried-and-tested operator of its NH90 simulators. Founded in 2004, the company today operates NH90 full-mission simulators in Bückeburg, Fassberg and Holzdorf. HFTS GmbH is a consortium in which Airbus Helicopter, CAE, Rheinmetall and Thales each hold an equal share.

The modernisation project involves updating the system to match the current configuration of the NH90 (MR1) as well as qualification of the four simulators in accordance with EASA licensing regulations, Level C.

Rheinmetall possesses extensive experience and expertise with NH90 simulators. In addition to flight simulators, the Group has already supplied several systems for training NH90 ground personnel. As recently as mid 2019, an Asterion-based system of this type for the NH90-NTH naval helicopter went into operation at Nordholz Naval Air Base. Before this, ground crew training systems had already been supplied to Fassberg. Here, German Army ground personnel are schooled in operating and maintenance procedures for the NH90 TTH in exact replicas of the cockpit.