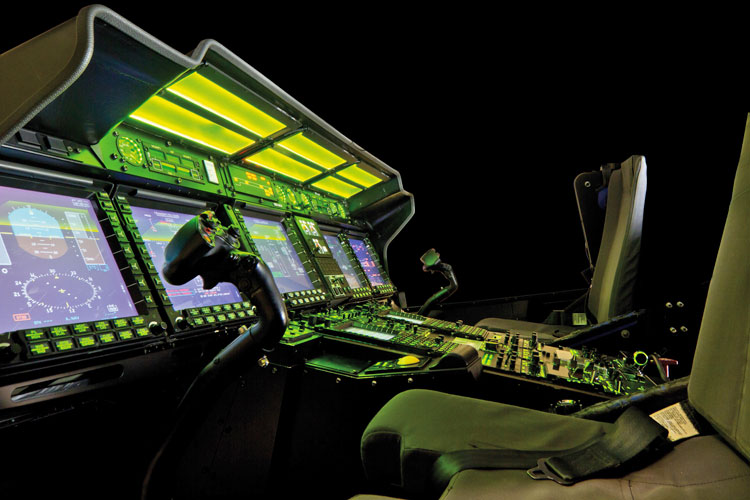 Rheinmetall’s Asterion simulator is allowing crews to train even before delivery of the first new NH90 NTH Sea Lion helicopter to the German Navy.

Press Release, Düsseldorf, 16 December 2019. Thanks to advanced simulation technology from Rheinmetall, ground personnel of the German Navy’s new NH90 NTH Sea Lion helicopter are already able to start training. Back in mid-June of this year, Rheinmetall Electronics GmbH handed over the Functional Cockpit, an integral part of the Maintenance and Repair Trainer for the NH90 Naval Transport Helicopter (NTH). Rheinmetall developed the Functional Cockpit based on the Group’s in-house Asterion product line.

Enabling complete ground crew training, the Functional Cockpit is built into a full-size replica of the NH90 NTH Sea Lion transport helicopter. Thanks to early delivery of the training system, ground crews were able to begin preparing for their new tasks even before the arrival of the first original helicopter, which has since taken place. Apart from its mission of training ground personnel who in future will be responsible for maintaining and repairing the new helicopter, the Functional Cockpit can also be used for instructing pilots. Particularly to begin with, this will be a major advantage, as availability of the original helicopters for training purposes will necessarily be limited.