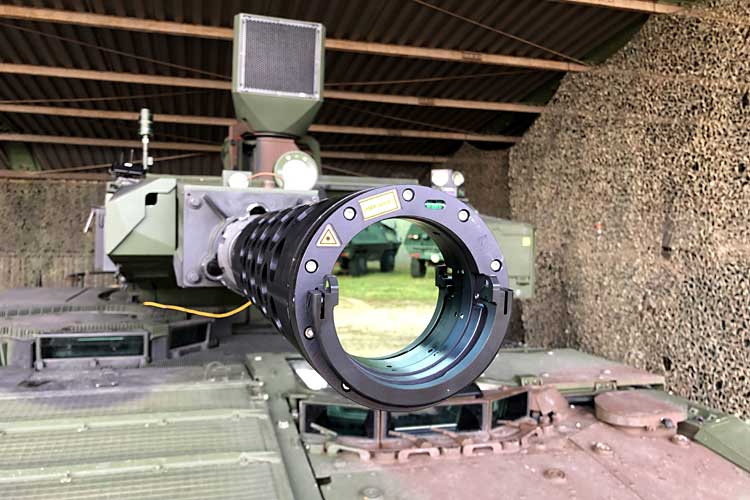 Rheinmetall is to supply AGDUS laser duel simulators for the Puma IFV, contributing to the combat readiness of German mechanised infantry units.

Press Release, Düsseldorf, 03 February 2020: Rheinmetall will soon be supplying the German Bundeswehr with simulation technology that will enable highly realistic training of mechanised infantry units equipped with the Puma IFV. The total of the contract could be as high as €142 million, including value added tax.

At the end of 2019, Rheinmetall received order to this effect from the consortium responsible for the Puma for the AGDUS duel simulator, which had in turn been awarded the contract by the Bundeswehr on 20 December. To begin with, a pre-series of six systems will be developed and integrated. For Rheinmetall, the order value (booked in January 2020) comes to €54 million with VAT. Once the system is ready for full-scale serial production, an option exists for equipping 252 infantry fighting vehicles. This would result in an additional order for Rheinmetall worth around €88 million, including VAT, bringing the total value of the AGDUS contract to around €142 million, once again including VAT.

Each AGDUS set consists of laser detectors arrayed around the vehicle as well as eye-safe lasers capable of simulating the effects of the Puma’s principal weapon systems, i.e. the automatic cannon, machine gun and MELLS antitank guided missile. The laser algorithms are programmed to assure ballistically exact simulation of shots and hits. The AGDUS also enables simulation of the Puma IFV’s turret-independent secondary weapon system, or TSWA, as well as the vehicle’s self-defence systems. As a result, extremely realistic exercises can be conducted and evaluated at the German Army Combat Training Centre and other training facilities.

Rheinmetall’s Vehicle Systems and Electronics Solutions divisions will bring their respective expertise to bear in completing this order, with most of the work being performed at Group locations in Bremen and Unterlüß. True to the motto “Train as you fight!”, the AGDUS-equipped Puma IFV will significantly enhance the combat readiness of Germany’s mechanised infantry corps