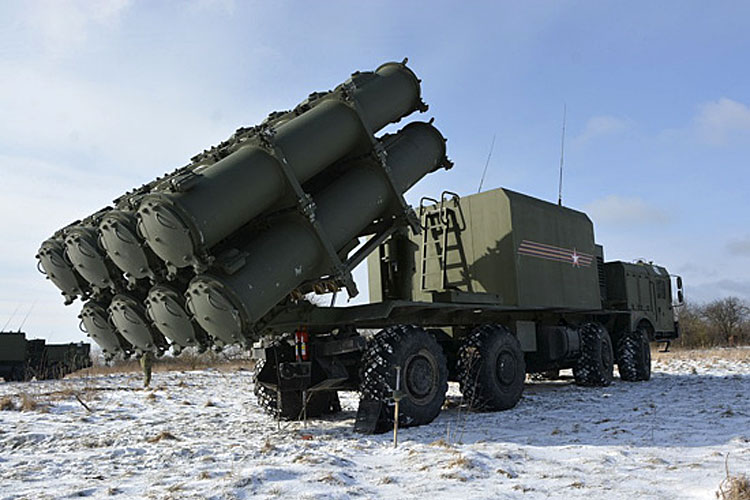 The Russian Federation has announced that the first ‘Bal’ Coastal Missile System (CMS) has entered service with the Caspian Flotilla (CF) in Dagestan.

Press Release, 30 January 2020: In the Republic of Dagestan, the ceremonial transfer of the ‘Bal’ coastal missile system (CMS) to the Caspian flotilla (CF) took place.

CMS ‘Bal’ is intended for shore defence of places of permanent deployment of ships that provide security in the Caspian sea and land units of the CF. Crews of the ‘Bal’ CF complex can fire missiles in bursts or make single launches at a given time. For most of the flight, the missile flies above the sea surface, which saves ammunition and makes it difficult to intercept and terminate the missile with air defence systems. One CMS ‘Bal’ is capable of firing more than 50 missiles simultaneously in a given time.

For reference: CMS ‘Bal’ is mounted on a high-pass chassis MZKT-7930, which allows the crew to take firing positions on the unprepared coast. The complex is armed with cruise anti-ship missiles with a range of several hundred kilometres.

Footnote: The CMS Bal (Ball) is the coastal defence variant of the Kh-35 cruise missile.