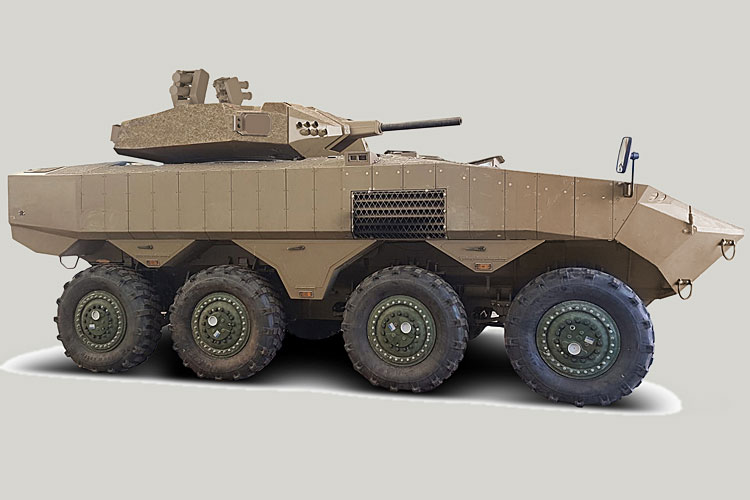 Elbit Systems has been awarded an initial $31 million contract from the Israeli MoD to supply Iron Fist Systems for the Israeli Defense Forces Eitan AFV.

Press Release, Haifa, 07 January 2020: Elbit Systems Ltd. announced today that it was awarded an initial contract from the Production and Procurement Directorate of the Israeli Ministry of Defense (IMOD) valued at approximately $31 million (NIS 109 million), to provide Iron Fist Active Protection Systems (APS) for the Eitan Armoured Fighting Vehicles (AFV) of the Israeli Defense Forces (IDF). The contract will be performed over a five-year period.

Under the contract Elbit Systems will equip the IDF’s new wheeled AFVs with the Iron Fist Light Decoupled (IFLD) systems. The Iron Fist system uses optical sensors, tracking radar, launchers and countermeasure munitions to defeat threats at a safe distance. The Iron Fist system provides 360-degree protection coverage for close-range scenarios in both open terrain and urban environment. The systems’ high-performance, versatility and negligible residual penetration, as well as its low size and weight and ease of integration, position the Iron Fist as an optimal APS for any fighting vehicle.

Yehuda (Udi) Vered, Executive Vice President and General Manager of Elbit Systems Land Division, said: “We are proud to be in a position to provide the IDF with such an important operational capability. This award adds to the growing interest in the Iron Fist by many modern armed forces who seek to enhance the protection capabilities of their AFVs.”