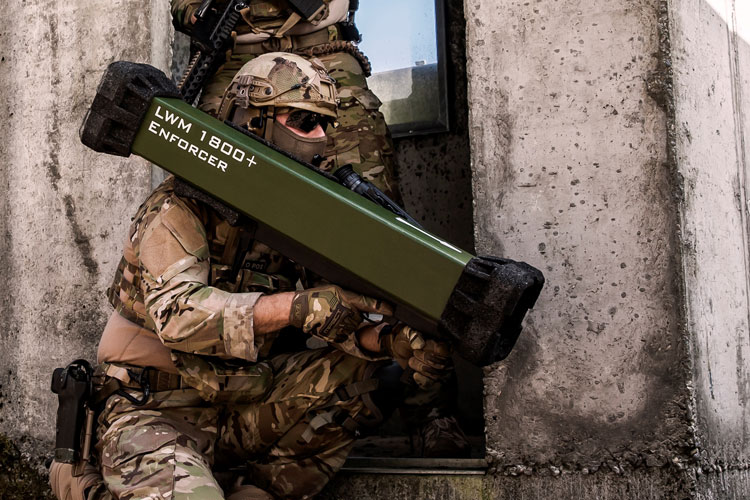 Press Release, 02 January 2020: MBDA has been awarded by the German Federal Office of Bundeswehr Equipment, Information Technology and In-Service Support (BAAINBw) a contract for the acquisition of Enforcer missile systems for the German Armed Forces. Signed on 20 December, the contract will fulfil the German requirement for a lightweight, day/night, precision-guided, shoulder-launched weapon system with an effective range of more than 1,800m.

Thomas Gottschild, Executive Group Director Strategy and Managing Director MBDA Germany said: “The German customer has chosen the Enforcer after a detailed, competitive evaluation for the ‘Leichtes Wirkmittel 1800+’ requirement. With this contract, we are partnering with the German Armed Forces to ensure the Bundeswehr has this comprehensive weapon for years to come.”

Éric Béranger, CEO of MBDA said : “With the addition of the shoulder-launched Enforcer, MBDA is now firmly embarked in a complete renewal of its family of battlefield engagement weapons that started with Brimstone 3 and MMP, a Medium Range missile introduced last year into the French Army. Enforcer, MMP and Brimstone now form the core of a portfolio that we hope will see many further developments.”

Enforcer provides low-collateral precision effects capabilities against the threat from lightly armoured static and moving targets, targets behind cover, and against targets at long range also in urban environments. Resulting from a multinational MBDA development effort, the Enforcer will complement the ‘Wirkmittel 90’ shoulder-launched unguided munition capability in the German Armed Forces. MBDA is now set to complete qualification, and prepare for series production.

The modular design of the Enforcer system enables a range of future development options, including a prospective ‘family’ of Enforcer munitions for land, air and sea applications.