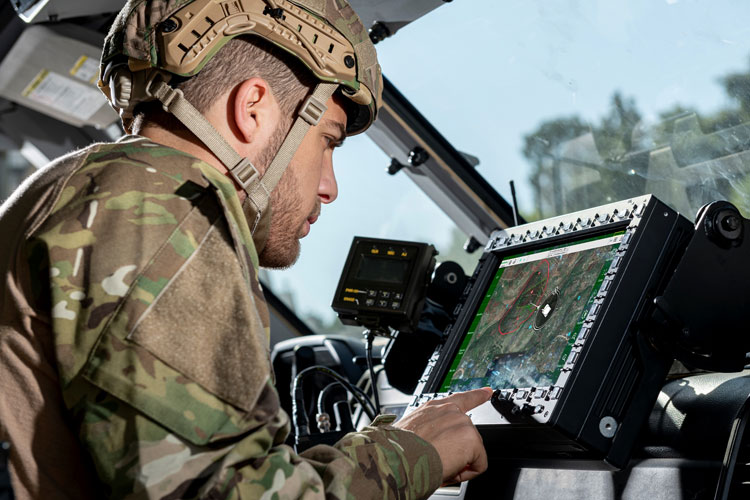 Press Release, Haifa, 28 November 2019: Elbit Systems will showcase the seventh generation of its Enhanced Tactical Computer (ETC MK7) as part of the company’s presentation in the upcoming NIDV exhibition.

With more than 20,000 of its previous versions installed onboard various combat vehicles, Elbit Systems’ ETCs have been providing robust command and control and tactical data dissemination capabilities to Armed Forces worldwide.

The ETC MK7 complies with NATO’s Generic Vehicular Architecture (GVA). It is backwards compatible and embeds powerful Commercial Of The Shelf (COTS) components including the Intel i7 Quad Core processor and a Solid-State Drive. The new tactical computer features a 12.1” sun-readable LCD display, a high-resolution capacitive touch screen, a GPS as well as a video capture capability.

Similar to previous ETC generations, the ETC MK7 is designed to operate under harsh environmental and Electromagnetic Interference (EMI) conditions, is fully compliant with MIL-STD-810G and MIL-STD-461E and interfaces with analogue and digital radio systems. The ETC MK7 is offered either as an integrated unit or in a split display-processor unit configuration.