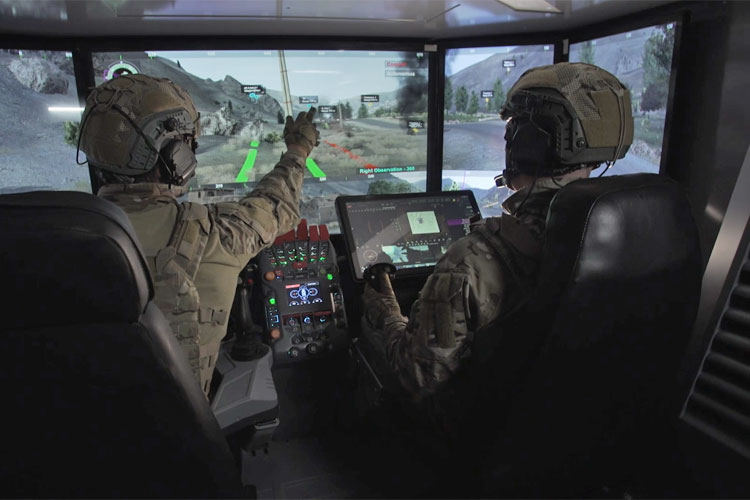 RAFAEL will exhibit its Suite for Future Armoured Vehicles including the revolutionary ‘Transparent Cockpit’ and quantum leap in AI capabilities at AUSA 2019.

One such example is the TROPHY, the world’s first and only operational, combat-proven, safety-certified APS, in serial production and in service on the IDF Merkava Mk III and IV MBTs and NAMER AFVs, recently sold to the US Army and Marines for the Abrams MBTs, and integrated on more than a dozen platforms. In total, TROPHY is under contract for some 2000 systems for several users.

Last winter, the US Army decided to procure the Iron Dome air defence system to protect its expeditionary forces and strategic assets. Iron Dome has been widely used by the Israeli Air Force, with over 2000 combat interceptions against a variety of very short and short range threats, including UAVs.

At the heart of RAFAEL’s systems, are advanced artificial intelligence and deep learning capabilities that optimise performance. These are also at the heart of two of RAFAEL’s leading next generation technologies, that have been integrated into its Suite for Future Armoured Vehicles, featuring a Transparent Cockpit and quantum leap in AI capabilities, combining the most advanced subsystems and optionally-manned technologies, and transforming any armoured vehicle – including AFVs, APCs and tanks – into an ultra-modern combat system. Another breakthrough system developed by RAFAEL is the FIREWEAVER, a Revolutionary Networked Attack System for the new wave of Land-Based Operations Digitisation.

In today’s rapidly changing battlefield, the combat helicopter still holds a central and important role. The combat helicopter is a valuable asset for the military commander both in defence and offence missions. RAFAEL is a leading supplier and integrator of a full armament upgrade package, including both 4th and 5th generation stand-off Precision Guided electro-optical (EO) Missiles in different weights and ranges of up to 30 km, EO devices, Guided/unguided Rocket interface, Command & Control interfaces for pilot situation awareness, HMDs (Helmet-Mounted Displays for cueing of SPIKE Seeker and EOS to pilot head orientation) and even heliborne broadband Digital Data-link for continuous communication among the squadron helicopters.

Throughout the years, RAFAEL has signed numerous joint ventures with American companies for joint development, production and marketing of air, land and marine systems. In fact, most of the systems listed above came to the U.S. military via partnership with major U.S. primes, including Boeing, General Dynamics, Lockheed Martin, Raytheon, and Leonardo DRS.

RAFAEL is proposing solutions for a number of US programmes and tenders and will be displaying a variety of systems at AUSA 2019, including: