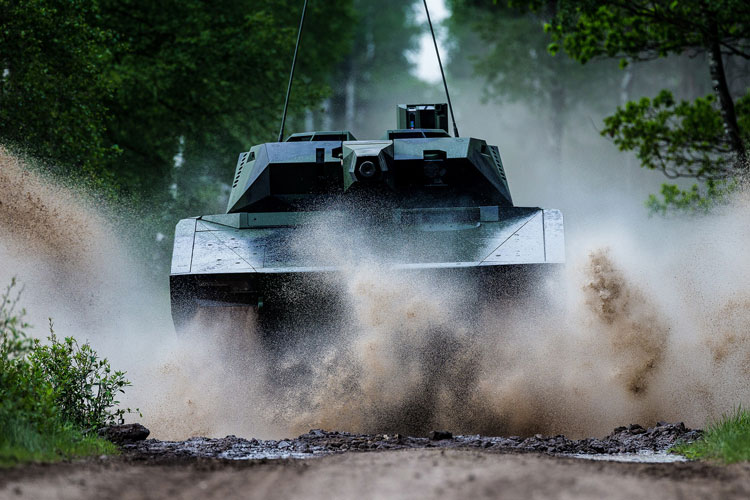 Raytheon and Rheinmetall have formed a joint venture for the US Army OMFV combat vehicle competition and propose to make the Lynx KF41 IFV in America.

Scheduled for fielding in 2026, the OMFV is expected to replace the Bradley fighting vehicle. The new vehicle will be optimised for urban combat and rural terrain. The Army has named the OMFV as a top modernisation priority supported under the service’s Futures Command structure.

“This advanced combat vehicle will be made in America,” said Sam Deneke, Raytheon Land Warfare Systems vice president. “Our team will produce and deliver a fighting vehicle to the US Army that protects our troops and gives them an overwhelming advantage on the battlefield.

Raytheon and Rheinmetall joined forces in 2018 to offer Lynx for the Army’s OMFV competition. Lynx is a next-generation, tracked armoured fighting vehicle designed to address the critical challenges of the future battlefield. Lynx provides ample growth capacity to support new technologies over the vehicle’s lifetime, and features lower life-cycle costs.

“Lynx will be built in America by American workers,” said Ben Hudson, global head of Rheinmetall’s Vehicle Systems division. “By choosing Lynx, the Army has an extraordinary opportunity to provide US troops with a fighting vehicle that will enable them to outmatch the threat for decades to come.

Raytheon technology earmarked for the Lynx includes the company’s advanced weapons, like the TOW missile, Active Protection System, third-generation sights, Coyote unmanned aircraft system and cyber. The Lynx team will submit its bid on or before Oct. 1, 2019.