Rafael and PAP At FEINDEF 2019 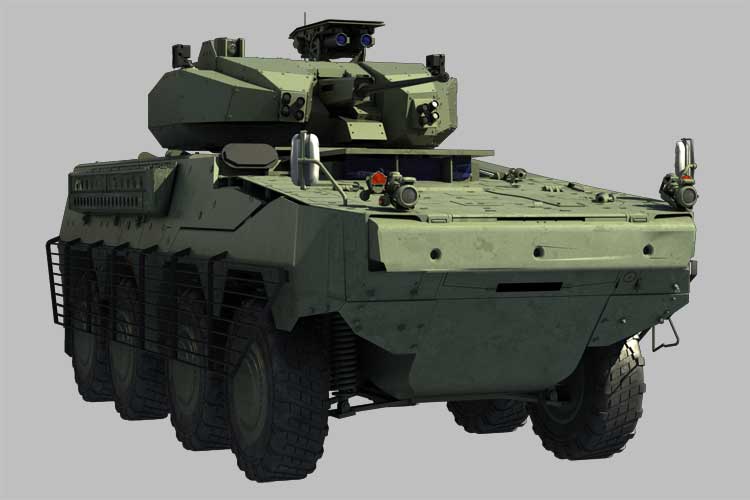 Rafael and PAP will present a full solution for enhanced 8×8 combat vehicle survivability, manoeuvrability and lethality at FEINDEF 2019 in Spain next week.

Press Release, 25 May 2019: Rafael Advanced Defense Systems Ltd. is proud to announce its participation in FEINDEF 2019 International Defence and Security Exhibition, May 29-31, and congratulates Spain for establishing the new exhibition.

At FEINDEF 2019, Rafael will exhibit its solutions, with its local Spanish subsidiary PAP Tecnos, for Spain’s planned 8×8 combat vehicle programme, offering a complete package of systems to enable and enhance full ground combat vehicle survivability, manoeuvrability and lethality. As part of its ongoing innovation and development process, Rafael has introduced a new member of the Samson 30 Remote Controlled Weapon Station (RCWS), based on its existing legacy Samson 30 system.

Rafael’s RCWS Family consists of four products under the brand name Samson – ranging from 5.56 mm to 30/40 mm automatic cannons. Rafael has delivered over 5000 RCWS systems which are currently in service worldwide. Rafael’s new RCWS consists of the following elements:

Rafael offers an optional variant of Samson 30 RCWS with Trophy APS already integrated in the turret, as well as the Spike LR2 ATGM. As the design authority that develops, produces and integrates these systems into one integrated solution, Rafael provides the best operational and technical reliability. This holistic solution significantly enhances the survivability and manoeuvrability of the fighting vehicle and its crew.

At FEINDEF, Rafael is also presenting its new and ground-breaking solutions for the digitisation of land-based operations, based on a combination of the BNET™ – the new generation Ultra-high Broadband tactical radio on-the-move, based on the patented Multi Frequency-channel reception technology, with FIRE WEAVER™ – a brand new Revolutionary Networked Sensor to Shooter System.

BNET SDR is a high-speed broadband data, voice and video on the move radio solution – to enable comprehensive and effective situational awareness and sensor-effector cycle closure. The BNET is a globally field-proven advanced broadband IP MANET SDR (Software Defined Radio) solution for tactical operations enhanced by Multi-frequency Channel Reception (MCR). BNET combines with FIRE WEAVER, which brings a true revolution to modern warfare, by instantly selecting the most relevant shooter for every target acquired, according to the rules of engagement, marking the target on the shooter sight and enabling multiple simultaneous, precision strikes on time-critical targets within moments of their acquisition. Coming from one design authority, FIRE WEAVER, BNET, Samson 30 with Spike, and the TROPHY APS, will provide the Spanish ground forces a holistic, optimal solution for lethality, protection and manoeuvrability.

Rafael’s ground and air systems are addressing other current and future equipment programmes in Spain:

Trophy APS for various armoured platforms. Trophy is the world’s only operational, combat-proven Active Protection System (APS) for heavy, medium and light armoured vehicles. Trophy TM is currently in use on the Israeli Defence Force’s (IDF) Merkava Main Battle Tank (MBT) and Namer IFV. It is also under contract for installation on the US Abrams MBT, and has been successfully tested on a number of lighter US platforms, including the Stryker and Bradley IFVs.