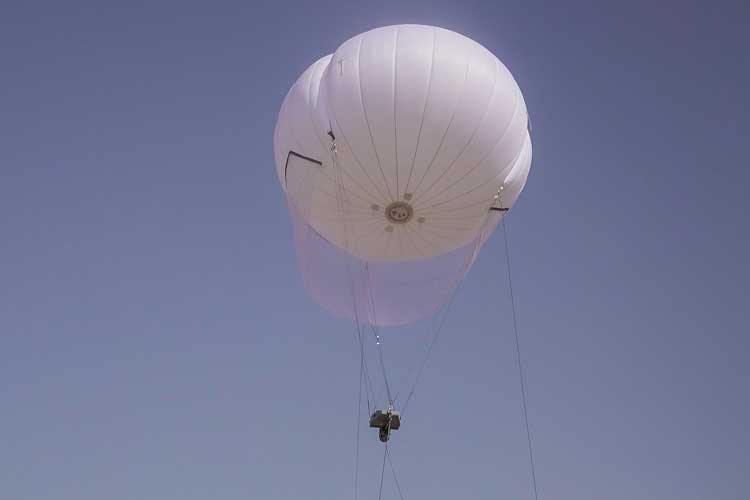 RT’s SkyStar 180 Aerostat System was deployed during the Eurovision Song Contest in Israel securing tens of thousands of viewers from above.

Press Release, 20 May 2019: RT’s SkyStar 180, a small-sized mobile aerostat, was deployed during the Eurovision song contest in Israel, securing tens of thousands of viewers in two different locations in Tel Aviv. Deployed on behalf of the Israeli Police, this was the first time that the SkyStar 180 aerostat system carried a new HD payload, that enables to transmit high-resolution video from the aerostat to the ground command and control unit.

SkyStar 180 is a small-sized mobile aerostat, designed for tactical mid-range surveillance, border control and public safety, as well as for police and military applications. Based on a towable trailer, the system has a stabilised day/night electro-optical payload suspended from a helium-filled aerostat, tethered to a ground system. It operates continuously at wind velocity of up to 40 knots, and can lift a payload of up to 20kg, providing surveillance coverage from an altitude of up to 1,000 ft. for up to 72 hours, after which it is brought down for a 20-minute helium refill. Only two people are required to fully maintain the system. SkyStar 180 is Ideal for HLS and public safety missions, border control, police and intelligence applications, defense, strategic infrastructure protection and more.

Rami Shmueli, RT’s CEO: “We were proud to deploy the SkyStar 180 aerostat system during the Eurovision Song Contest in Tel Aviv, and to secure the tens of thousands of fans that came from Israel and from abroad to participate in the event. The SkyStar 180 aerostat system carried a new HD payload, that transmitted HD video and received great feedback from the customer. RT’s SkyStar 180 is ideal for securing massive public events, and was already deployed in various massive public events around the world such as concerts, sport events, religious events such as massive masses that the Pope presided over, and many more.”