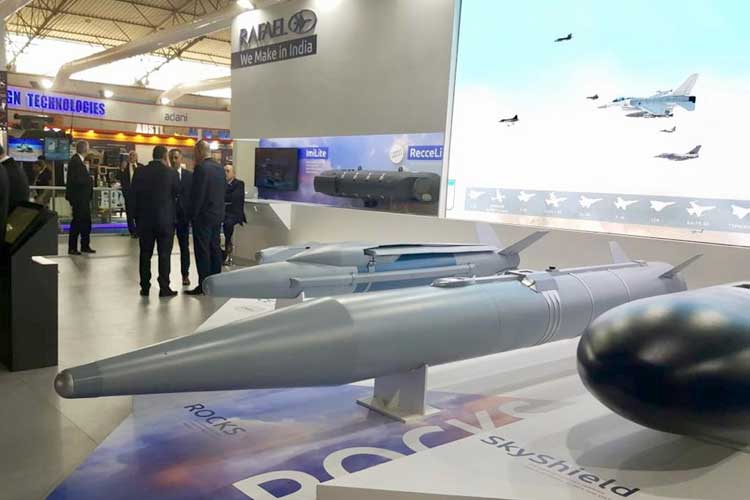 Press Release: ROCKS is an advanced, extended stand-off range air-to-surface missile, which may be used against high value targets, stationary and re-locatable, even in theatres where the enemy employs effective GPS countermeasures. Equipped with either a penetration or blast fragmentation warhead, the missile can destroy above-ground or well-defended underground targets in heavily surface-to-air-defended areas.

ROCKS is launched at a very significant stand-off range, well outside of the enemy’s air-defence coverage area, and performs a high velocity trajectory towards the target. This minimises the launch aircraft exposure to threats, as well as improves the strike success rate.

ROCKS uses its INS/GPS for midcourse navigation, while homing on to the target is performed by using its EO seeker and advanced image processing algorithms, which ensures hitting targets with great precision, overcoming GPS jamming or denial.

ROCKS provides a cutting edge and cost-effective solution that combines several combat-proven technologies inherited from our latest generation SPICE system. ROCKS effectively answers a growing demand for long range, GPS-independent Air-to-Ground precision strike capability”, said Yuval Miller, Executive Vice-President and General-Manager of Rafael’s Air & C4ISR Systems Division. “Aero India is an excellent opportunity to present this new system, and we can proudly say that as of today, Rafael is well-situated in India with a broad industrial base, Joint-Ventures, indigenous companies and a substantial Indian supply-chain, as part of our commitment to the ‘MAKE-IN-INDIA’ policy”, Miller added.