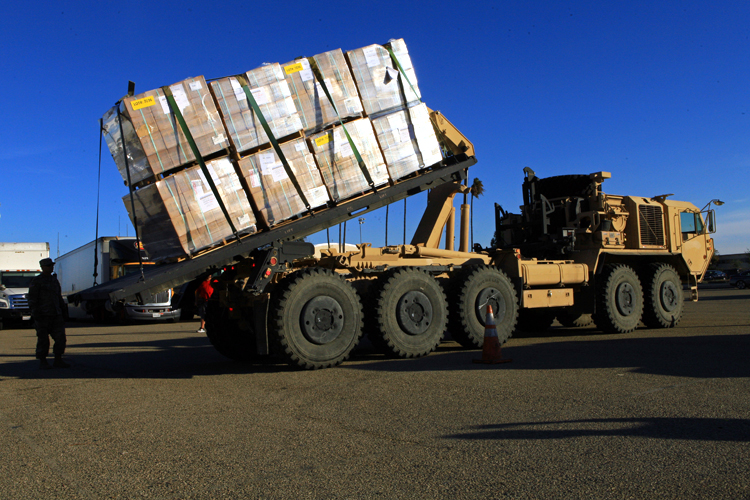 Oshkosh Defense announced today that it has been awarded a $232.7 million delivery order from the US TACOM to recapitalise the US Army’s FHTV fleet.

Press Release, 08 February 2019: Oshkosh Defense, LLC, an Oshkosh Corporation company, announced today that it has been awarded a $232.7 million delivery order from the US Army Tank-Automotive and Armaments Command (TACOM) to recapitalise vehicles in the Army’s Family of Heavy Tactical Vehicles (FHTV) fleet.

Under the contract, Oshkosh will recapitalise a total of 407 Heavy Expanded Mobility Tactical Trucks (HEMTT) and Palletized Load System (PLS) trucks as well as manufacture 601 new PLS trailers. The HEMTT and PLS have been in the Army’s fleet since 1981 and 1990 respectively, and Oshkosh has been performing recapitalization services on these vehicles since 1995.

“As the backbone of the US Army’s resupply and distribution system, the HEMTT and PLS vehicles are heavily relied on to carry munitions and other critical supplies across all types of terrains and in all types of environments,” said Pat Williams, Vice President and General Manager of US Army and Marine Corps Programs for Oshkosh Defense. “We are proud that the US Army has trusted Oshkosh to provide this cost-effective recapitalisation service for over two decades,” Williams continued. “As the original equipment manufacturer, we know these vehicles inside and out, and we are in the best position to quickly return them to field operations in like-new condition.”