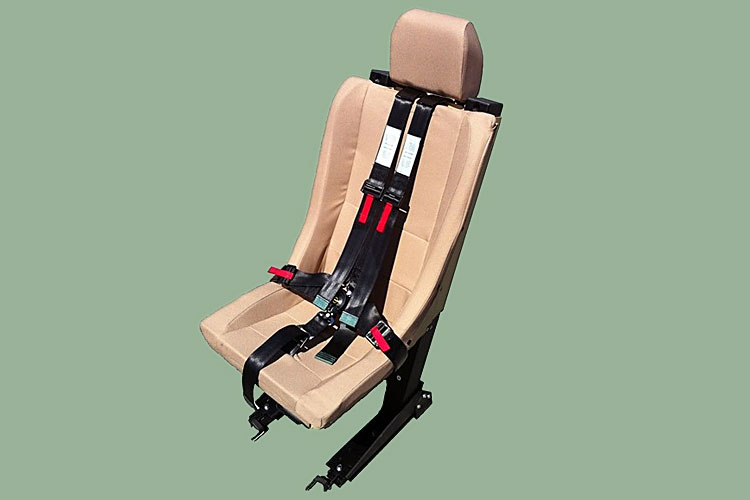 JANKEL Tactical Systems has announced another contract award to BLASTech supply blast attenuation seats to a US MRAP Manufacturer.

Press Release, 4 February 2019: World-class specialist in design and production of high-specification armoured vehicles and survivability systems, US-based JANKEL Tactical Systems, has been awarded three contracts to supply their BLASTech mitigation seats to a US based MRAP provider. The contracts have a multi-million dollar combined value. This announcement coincides with the Tactical Wheeled Vehicle Conference (TWVC), taking place in Monterey, California, 03-05 February 2019.

JANKEL Tactical Systems is the market’s most well-established Blast Attenuating Seat leader in North America. Under these contracts, Jankel will be delivering MK 2.5 BLASTech X900194 commander seats and X900003 troop seats in support of MRAP based programs. JANKEL is pleased to continue to support the survivability upgrade on these tactical wheeled vehicles that have now had JANKEL’s MK 2.5 seats fitted for almost a decade. These latest orders will be delivered by the middle of the 2019 calendar year.

JANKEL will be attending the TWVC in preparation for the release of its latest and most advanced MK 4.0 BLASTech blast mitigating seating line. The MK 4.0 will feature the same battle-proven mitigation technology that has made JANKEL the market leader in blast mitigation seating. The new seats have been developed to be lighter in weight making them more suitable for the current evolving tactical wheeled vehicle market. JANKEL also expect the new MK 4.0 seat to be more competitive in terms of price than the existing MK 2.5, 3.0, and 3.5 designs, while delivering increased capability.

Cody Baker, Chief Executive Officer (CEO) at Jankel Tactical Systems said: “The USA continues to be a strategically important market for Jankel and we are glad to announce these new contracts with a long-standing customer, further developing an already strong supplier relationship with one of the biggest defence vehicle manufacturers in the USA.” He added: “The TWVC event will provide Jankel with an excellent opportunity to network further with other global OEMs operating in the sector as we work towards the launch of our new MK 4.0 seat.”

BLASTech, Featured, Jankel, JANKEL Tactical Systems
You may also like