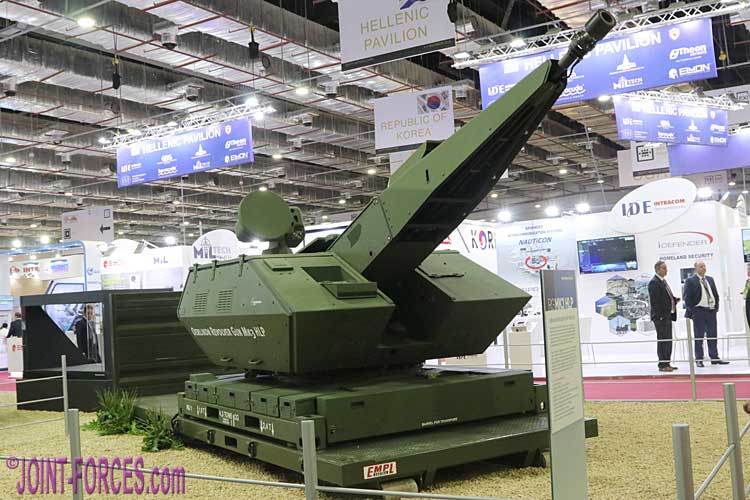 The inaugural EDEX, the Egyptian Defence & Security Expo, opened its doors Monday at the Egypt International Exhibition Centre on the outskirts of Cairo, writes Bob Morrison.

Held under the auspices of His Excellency President Abdel Fattah El-Sisi, who attended on the opening morning, EDEX is the first major international Defence & Security expo to be held in North Africa. Over 300 manufacturers from no less than 41 countries are supporting the show and if everyone who pre-registered attends, over 10,000 visitors will have passed through the centre’s portals by Wednesday evening.

After flying out from London overnight Sunday, JOINT-FORCES.com visited EDEX yesterday (3rd) and managed to cover most of the stands and booths in Halls 1 and 2 on our quest to discover new, or unfamiliar to us, equipment and kit on display. Today we will endeavour to cover the remaining exhibitors in Hall 3 of the impressive new 300,000 square metre facility, which was built for the nation by Egypt’s armed forces as part of their efforts to promote comprehensive development of their country.

We plan to update readers in a future article on some of the most interesting things spotted.