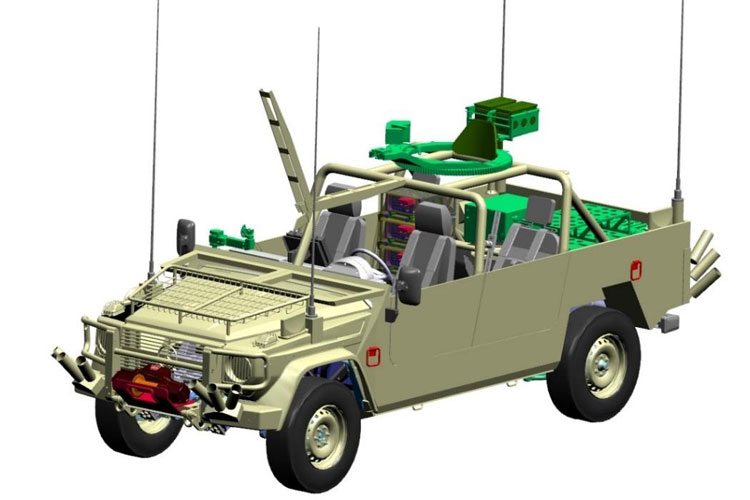 Following a successful tendering process, Mercedes-Benz Cars Netherlands B.V. (MBCNL) will supply around 515 vehicles to the Dutch military between 2021 and 2023.

Press Release, 13 November 2018, Utrecht: After 20 years, the majority of the G-Model off-road vehicles used by the Dutch military are to be replaced. In their place will come proven Mercedes-Benz G-Class 300 CDI vehicles which are, however, much more technologically advanced.

Following a successful tendering process, Mercedes-Benz Cars Netherlands B.V. (MBCNL) will supply around 515 vehicles to the Dutch military between 2021 and 2023. Known as the ’12kN AASLT’, the vehicles (1200 kg payload Air Assault Vehicles) can be transported with precision to their place of deployment by Chinook helicopters as either internal or external cargo. In a second tranche, a further 550 vehicles could be purchased through to the year 2030. Other vehicle variants are a logistics body and an ambulance body.

“We are proud that an intelligent combination of modular solutions from Graz in Austria and local flexibility was demanded by the Dutch Army,” explains Niels Kowollik, CEO of MBCNL. “For the Dutch dealer network this also means that servicing, maintenance and repair of these vehicles will be required over an extended period.”

Dr. Gunnar Güthenke, CEO of the Mercedes-Benz G-Class, had this to say about the pleasing result of the Dutch Army’s tendering process: “The G-Class speaks for itself. In all deployment scenarios, the off-road vehicle is compelling for its performance, outstanding handling characteristics and safety, whatever the terrain. Time after time, we see that nations who have bought the G-Class once opt again and again for the G-Class’s proven quality.”