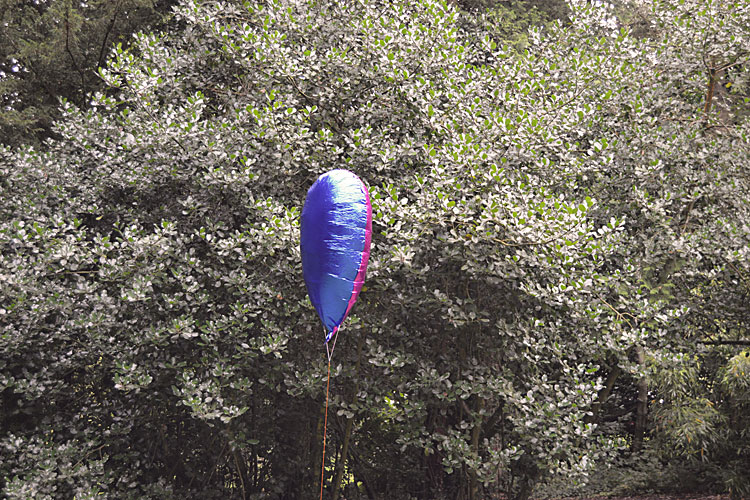 Intended primarily for specialist troops working in jungle environments, the Location Air Marker Balloon (LAMB) produced by BCB International is now in service with UK Forces. Conceived as a lightweight ground to air signalling device, the LAMB can be speedily deployed to mark troops’ location for helicopter extraction or if in need of rescue.

Operated by one person in under two minutes from stowed configuration, or in a matter of seconds if previously inflated and tethered just above ground level, the LAMB can punch its way up through the jungle canopy to a height of 75 metres (250 feet) where it can be seen with the naked eye from over ten miles away in good visibility; at night chemical infrared light sticks can be attached to the balloon to give NVG visibility.

The quick-opening pack, which measures under 40x25x12cm and weighs less than 800 grammes, contains two reusable 135 litre radar reflective red/blue foil balloons, a lightweight carbon fibre helium cylinder, two 75 metre tethering cords on winding frames, two IRR chemical light sticks and an inflater tube. Each balloon measures roughly 120x65cm, is able to lift a light (80gms) radio antenna above the canopy when inflated, will stay aloft for several days if tethered above a location or casualty, and can be speedily retracted under cover if necessary and then released again when help is believed to be close by.

Although the LAMB is intended primarily for Jungle use, BCB International are also marketing it as an effective survival aid for other potential distress environments such as maritime and desert.