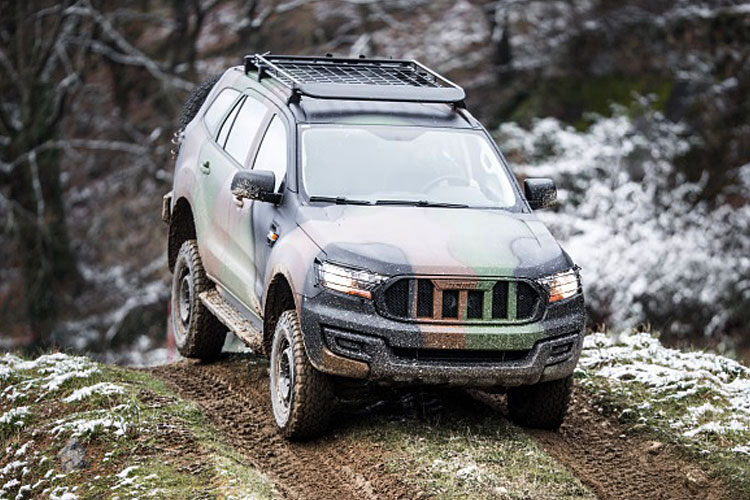 The French Ministry of the Armies announced, on Thursday September 6th, the signature of the second tier of 1,200 Standard 2 VT4 replacements for the P4.

ARQUUS Press Release: A total of 3,700 ARQUUS vehicles will be equipping the Army by 2025, replacing the P4 liaison vehicle. Delivered by ARQUUS’ industrial plant in Saint-Nazaire, the VT4 is a light and versatile, non-armoured, 4×4 vehicle for command and liaison purposes, designed to transport five soldiers or four operators equipped with the FELIN fighting system.

With its payload of 900kg, it is designed for domestic operations (Anti-terrorism Operation SENTINELLE, or training purposes), or foreign operations in stabilised conflict zones. Versatile, the VT4 masters all kinds of ground, both on and off-road.

It is equipped with a 160hp engine and benefits from a wide autonomy, thanks to its large fuel tanks. To answer the Army’s demands, ARQUUS undertook many adaptations on the VT4 to militarise it and make it meet all demands in terms of payload, weapon integration, notably FAMAS and HK416, and communication equipment.

Moreover, the vehicle has been fitted with many security systems, as well as all comfort equipment needed to save the soldiers’ strength in operations (air conditioning, comfortable seating, sound-proof compartment. The VT4 thus matches the latest generation of civilian vehicles, guaranteeing optimal conditions for the soldier, even after a long journey.

The services package is fully integrated and innovative. It includes a firm commitment of 90% of operational technical availability on the whole fleet. ARQUUS will be delivering 500 vehicles by the end of 2018. Production of Standard 2 will begin as soon as 2019.