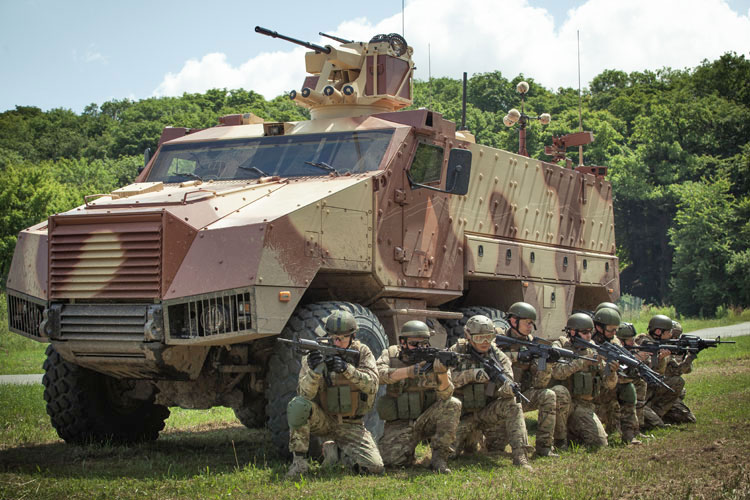 On Thursday August 23rd the Minister of Defence College unanimously approved the change of supplier of the TITUS 6×6 Light Armoured Vehicle fleet for the Czech Army.

Ministerstvo Obrany Press Release, 27th August: The [TITUS] supplier will be ELDIS Pardubice, sro, which is the holder of the relevant security clearance and has obtained a licence from the French manufacturer Nexter Systems.

“I have been busy with all my engagements since my first day in office, and I am glad we are moving forward. Armed with TITUS vehicles has been one of the army’s priorities for several years. Soldiers need this technique and my goal is to complete the project successfully and quickly. In the near future, I will inform the government about the change of supplier,” said Defence Minister Lubomir Metnar.

The subject of the contract is the purchase of 42 units of armoured vehicles, for command and communications, and 20 units of MKPP armoured vehicles, including logistics and training. The estimated value of the contract is 5.7 billion CZK with VAT, another CZK 950 million is earmarked for five-year service support. Deliveries are scheduled for 2020-25.

The government has already discussed this order in July 2017. The supplier was to be Tatra Export, which has not yet received a security clearance, so the Ministry of Defence has accepted the proposal to change supplier.

The acquisition of new TITUS vehicles also includes communication systems and cryptographic devices. The documentation for the installation of these elements is classified, so the supplier’s review is required.

Footnote: In 2015 the Czech government announced its intention to buy Nexter TITUS 6×6 armoured vehicles, primarily for the 4th Rapid Reaction and 7th Mechanised Brigades. TITUS is built by NEXTER of France on a TATRA chassis. ELDIS, more noted for radar, and TATRA are both divisions of the CzechoSlovak Group (CSG) holding company which has a broad portfolio of military vehicle and weapons systems.