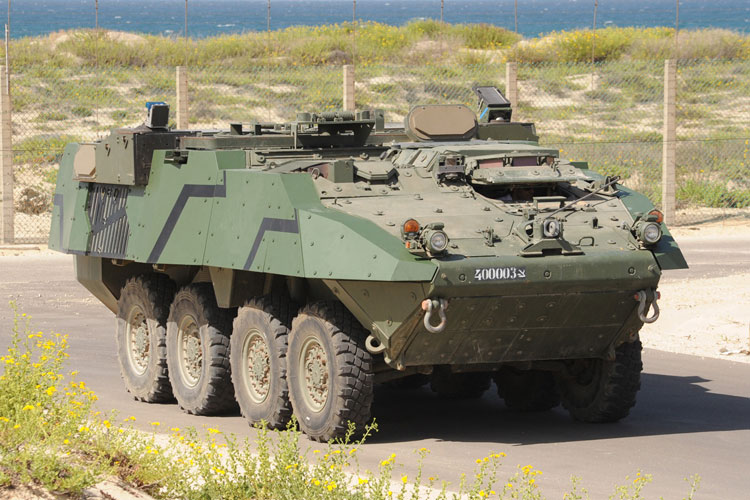 Rafael Australia and VRA Systems are to showcase advanced defence systems at Land Forces 2018 in Adelaide in early September.

Media Release, Melbourne, 28 August 2018: Rafael Australia and Varley Rafael Australia (VRA) Systems will partake in Land Forces 2018, to be held in Adelaide from 4 to 6 September. This event will showcase a range of Rafael Australia products, and will highlight VRA System’s role in delivering these programmes in Australia.

Rafael Australia and VRA Systems offer the Australian Defence Force (ADF) ground-breaking, combat-proven solutions for a range of LAND projects. These solutions will enhance the ADF’s survivability, situational awareness and lethality with precision and effectiveness.

¤ Trophy, the world’s only operational, combat-proven Active Protection System (APS) for heavy, medium and light armoured vehicles. Trophy is currently in use on the Israeli Defence Force’s (IDF) Merkava Main Battle Tank (MBT) and Namer IFV. It is also under contract for installation on the US Abrams MBT, and has been successfully tested on a number of lighter US platforms, including the Stryker and Bradley IFVs.

The Samson will be offered under LAND 400 Phase 3.

Fire Weaver will be offered for integration into the Australian Army’s digital communications system under LAND 200.

¤ The Armor Shield family of passive and reactive armour for combat vehicles. These systems are based on the lightweight protection technologies that have been fielded for over thirty years by the Israeli, US and NATO military forces. A number of these products are currently produced by Australian manufacturer Bisalloy Steels.

¤ The Drone Dome Counter-Unmanned Aerial System (C-UAS), designed to detect, track, and neutralise drones either by jamming their communication or destroying them using a high-powered laser. Drone Dome will be offered for a range of civil and military applications.