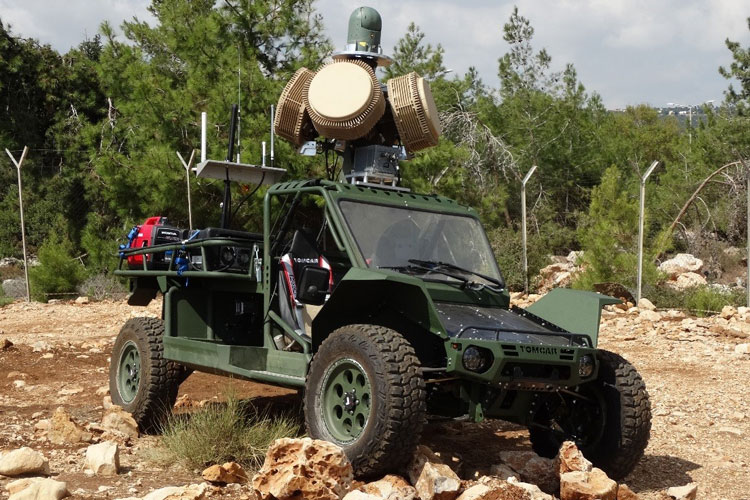 RADA Electronic Industries Ltd. has announced its Multi-Mission Hemispheric Radar is at the heart of the Rafael DRONE DOME which has won a UK MoD Urgent Capability Requirement tender.

News Release, 20th August, 2018: RADA Electronic Industries Ltd. announced that its Multi-Mission Hemispheric Radars (MHR), which are embedded in the Rafael Advanced Defense Systems DRONE DOME counter-drone solution, will be delivered to the British Army in the coming months. These systems will be used to protect from airborne drones some sensitive facilities and sites on which British armed forces are deployed.

The British Army is the first customer for this new and advanced DRONE DOME system. Several initial systems are being purchased, with additional potential for significant further orders which are expected to materialise in the coming months and quarters. Rafael’s DRONE DOME team together with RADA, won the tender published by the UK Ministry of Defense, ahead of Israel Aerospace Industries’ subsidiary Elta and Italian company Leonardo.

RADA’s MHR provides 360-degree surveillance and detects the drones at distances of 3-5 kilometres Signal intelligence system along with electro-optical sensors, provide additional layers of threat classification and identification, while RF jamming provides the soft-kill layer of this solution. Deliveries of this programme are expected to be concluded within 2018.

Dov Sella, RADA’s CEO, commented, “This win, in view of the advanced competition, demonstrates the leadership of our software defined, multi-mission AESA radars in the fields of VSHORAD (Very SHOrt Range Air Defence) and C-UAV (Counter-UAV) warfare. It is the first sale of the DRONE DOME solution, after intensive global business development efforts over the past two years by the joint team, to a leading global force such as the UK Army. As a result, we expect that sales of these radars, as part of the DRONE DOME solution, will gain significant momentum in the coming quarters.”