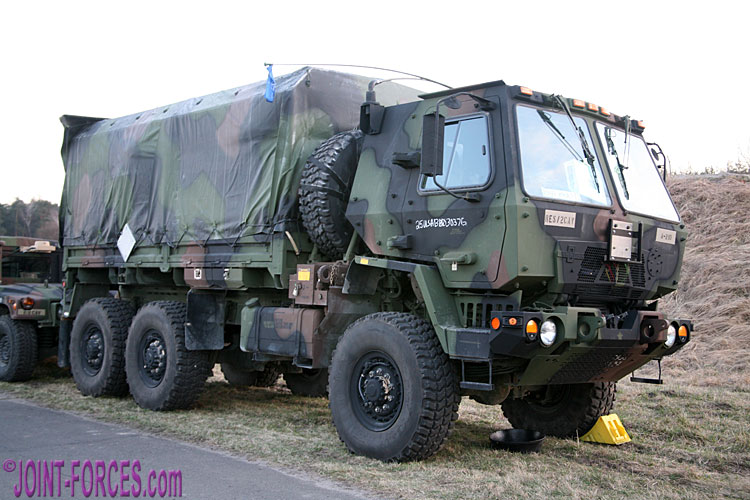 Oshkosh Defense announced yesterday (14th) that the US Army has placed four additional orders for a total of 771 Family of Medium Tactical Vehicles (FMTV), valued at $159.6 million.

Press Release: “Oshkosh is eager to continue delivering on Army and Air Force requirements for a well protected, versatile vehicle that supports a broad range of missions, both at home and abroad,” said Pat Williams, vice president and general manager of Army and Marine Corps programmes at Oshkosh Defense. “With the most recent award, Oshkosh will surpass production of the 28,000th vehicle under the current A1P2 contract.”

Oshkosh Defense was first awarded the FMTV A1P2 contract in 2009. The current generation FMTV is comprised of 17 models ranging from 2.5-ton to 10-ton payloads, enabling the vehicle to perform a wide range of missions, and to support combat missions, relief efforts and logistics and supply operations.

The Oshkosh FMTV seamlessly integrates technologies needed on the battlefield and in support of Homeland Security. The vehicles feature a parts commonality of more than 80 percent, resulting in streamlined maintenance, training, sustainment and overall cost efficiency for the US Army, Army Reserves, National Guard and US Air Force. Featured, FMTV, Logistics, Oshkosh, Trucks
You may also like