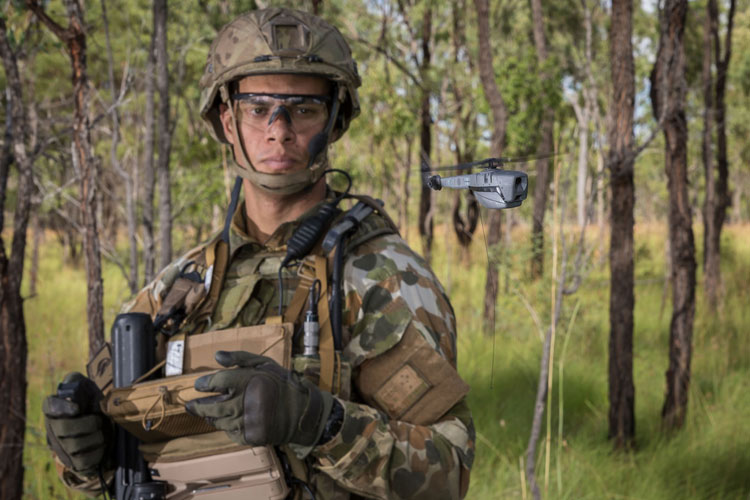 The BLACK HORNET PRS has been fielded by over 30 nations over the past seven years and continues to represent the cutting-edge in the combat nano-UAS space, enabling small combat units, SWAT teams, and first responders with immediately available intelligence, target-acquisition, and reconnaissance capability. At 32 grammes, the BLACK HORNET 3 offers the lowest size, weight, and performance for UAS available.

Additionally, the BLACK HORNET 3 seamlessly integrates into the Android Tactical Assault Kit (ATAK) utilized by the military to provide battlefield networks and distribution of information to anyone on the network.

“We are excited to bring this advanced BLACK HORNET 3 to our warfighters and first responders,” said James Cannon, President and CEO of FLIR. “With longer range and indoor flight capabilities, the latest generation BLACK HORNET provides full surveillance coverage continuity to the mission. The BLACK HORNET 3 is representative of FLIR’s new focus on providing full-solution technology, and we look forward to playing a role in helping modernize our military customers.”

Last week, FLIR announced it had been awarded a $2.6 million order from the United States Army’s Soldier Borne Sensor (SBS) programme to deliver the BLACK HORNET in a first batch order. Units delivered for the SBS programme, in addition to units recently deployed by the Royal Australian Army and French Armed Forces, will be the BLACK HORNET 3.

The BLACK HORNET 3, which includes two UAV sensors, a controller, and display, is sold directly through FLIR and is available today to military, government agencies and law enforcement customers. The latest BLACK HORNET will be demonstrated at EUROSATORY 2018 in Paris.