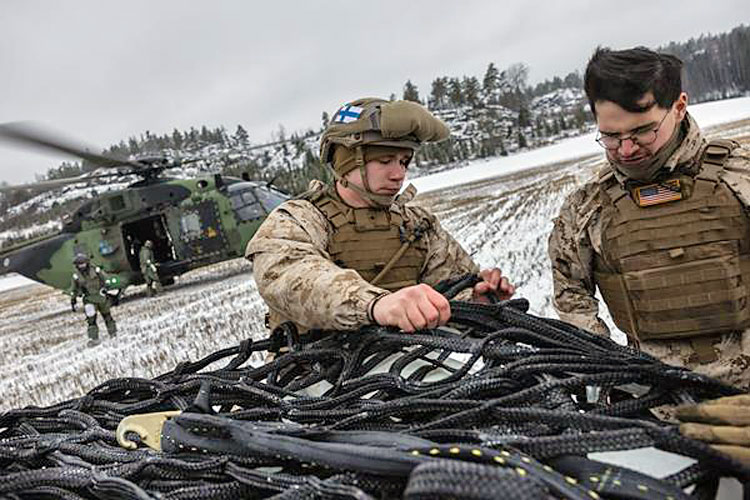 US Marines brought their amphibious logistics skills to Finland for a three-month deployment ~ the longest yet for the US troops in the country.

US Marines from the 2nd Marine Logistics Group are wrapping up a 3-month stay in Finland, the longest deployment yet for the US military’s amphibious branch in the country.

During their stay in southern Finland, the US Marines provided logistical support to the Finnish Navy’s Nyland Brigade, a conscript unit that focuses on amphibious operations. Setting up shop at the brigade’s headquarters in Dragsvik, the Marines learned how to integrate their operations with the Finnish forces, who are experts at navigating the island-dense archipelago off the country’s southern shore. The Marines also took part in FREEZING WINDS 22, one of the biggest maritime exercises ever organised in Finland, an intensive training scenario that saw the Marines provide around-the-clock support to their Finnish counterparts.

A long-time NATO partner, Finland is applying for full membership following Russia’s full-scale invasion of Ukraine. Deployments like this help the Finnish forces familiarise themselves with Allied tactics and techniques as they prepare to accede to the Alliance.

This NATO Multimedia footage, filmed 29 November and released 08 December, includes shots of US Marines conducting aerial and ground logistics operations as part of Exercise FREEZING WINDS 22, and Finnish conscripts engaging in simulated firefights, as well as interviews with US Marine Corps and Finnish Navy officers.