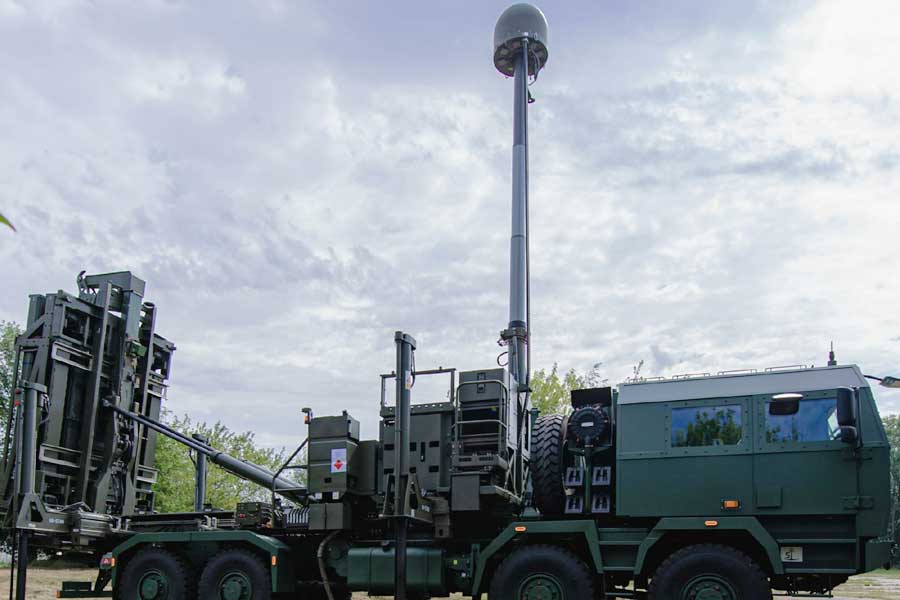 At the Zamość Military Base in Poland today, UK Defence Secretary Ben Wallace and Poland’s Deputy Prime Minister and Minister of National Defence Mariusz Błaszczak signed an Air Defence Complex Weapons Memorandum of Understanding (MOU). This enables the UK and Poland to cooperate in the development and manufacture of current and future complex weapons, further strengthening the relationship built through the Defence and Security Cooperation Treaty (2017) and deepening the interoperability of our Armed Forces.

“We have had a close defence alliance with Poland for over 150 years and as we face the threat from Russia, we need the equipment and the capabilities to safeguard our people and preserve European stability.

“Our new agreements demonstrate that commitment and the UK’s support for Poland’s defence modernisation plans.”

Managing Director of MBDA UK Chris Allam said: “To deliver Small Narew to Poland in such an extremely short timeframe is a remarkable achievement, and we’re proud that this has been accomplished through our very close partnership with Polish Grupa Zbrojeniowa and thanks to strong support from the UK government.

“Today’s agreements launch the next step in Polish-UK missile co-operation and underpins the PGZ-MBDA technology transfer proposal on Narew, while also supporting Pilica+, Miecznik, Tank Destroyer, and other vital projects.”

The two ministers also agreed a new working group, which will explore the potential for the UK and Polish Armed Forces to cooperate on the development of a Future Common Missile. Though requirements for the missile are still in development, it is envisioned to be a medium-to-long range, surface launched missile that can be used in both Land and Maritime environments and will be a development of the CAMM family of missiles.

Following the signing, the Defence Secretary met UK personnel deployed in Southern Poland operating Sky Sabre Air Defence systems and Challenger 2 Tanks. During his trip to Poland, the Defence Secretary also attended the Warsaw Security Forum where he took part in the future of the Transatlantic Alliance panel discussion.

Press Release, Stevenage, 04 October 2022: MBDA welcomes the signing, on 4th October, of a Polish-UK governmental agreement to co-operate on air defence missiles and outlining the scale of industrial co-operation for the NAREW ground based air defence (GBAD) programme.

The signing at the Zamość Military Base in Poland came alongside Poland declaring the receipt of the equipment for the first Firing Unit of the Mała NAREW GBAD system, using MBDA’s CAMM missile and iLaunchers.

Chris Allam, Managing Director of MBDA UK, said: “To deliver Mała NAREW to Poland in such an extremely short timeframe is a remarkable achievement, and we are very proud that this has been accomplished through our very close partnership with PGZ and thanks to strong support from the UK Government. Today’s governmental agreements launch the next step in Polish-UK missile co-operation, and underpins the PGZ-MBDA technology transfer proposal on Narew, while also supporting Pilica+, Miecznik, Ottokar-Brzoza, and other vital projects.”

MBDA is currently working with PGZ to create an enhanced sovereign missile capability in Poland backed by transfer of knowledge and technology from MBDA to Polish defence industry. This joint working is expected to provide decisive military capabilities to Poland, drive significant value for money and provide a boost to the Polish economy and generate high-skilled jobs.

The Mała NAREW system, with its integration of Polish SOŁA radar stations and C2 systems with CAMM missiles, provides an important stepping-stone to the main NAREW programme while also de-risking CAMM’s use with the Pilica+ upgrade project.