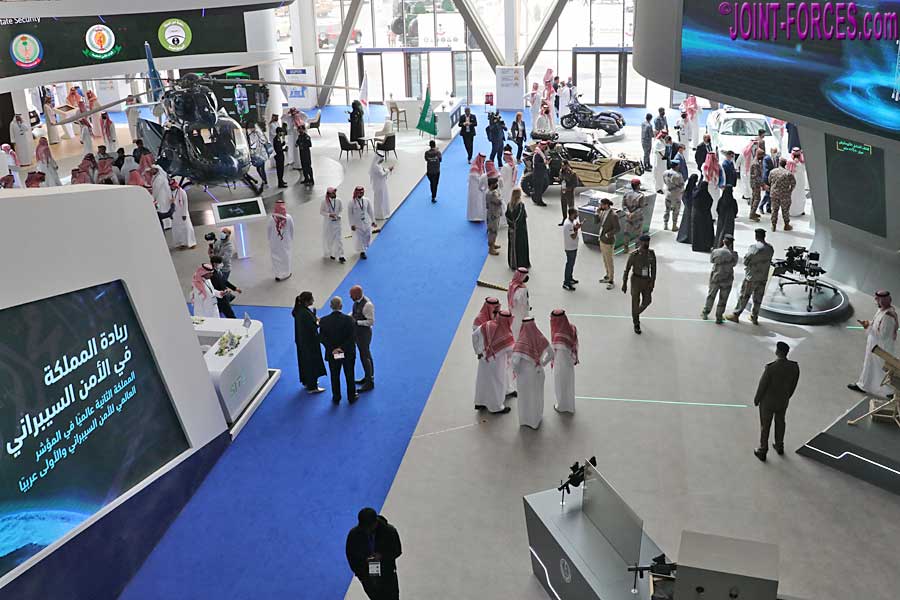 Following the success of the inaugural World Defense Show, organisers announce the second edition will take place in February 2024.

Press Release, Riyadh, 19 July 2022: Founded by GAMI, Saudi Arabia’s World Defense Show, which launched in March 2022, is already planning for the next edition, which is set to take place from 4-8 February 2024. The inaugural edition saw over 600 exhibitors and over 65,000 visits throughout four trade days, in the Kingdom’s capital of Riyadh. Following the success of the first-ever World Defense Show, and largest event of its kind in the Kingdom of Saudi Arabia, which resulted in SAR 29.7 billion ($7.9 billion) in deals and announcements, has affirmed unprecedented demand from the local and global defence market.

Moreover, it is naturally paramount to WDS to continue to support the Kingdom’s defence sector strategy along the Kingdom’s historic localisation journey, by building on the show’s successful showing in its inaugural edition. With this strategic objective in mind, the organisers have conducted extensive post-show research to help inform plans to enhance the experience and optimise opportunities for WDS attendees and participants. Independent survey results revealed that 88% of attendees are highly likely to return to Riyadh for the 2024 edition. Overall, 95% of visitors rated exhibitor quality between ‘good’ and ‘excellent’ as organisers confirm 30% of exhibition space has already been re-booked by major industry players highly keen to exhibit at World Defense Show 2024.

As part of the enhancement initiatives to address the high demand, WDS organisers are reviewing potential expansion plans to include a third exhibition hall offering Participants additional exhibition space, to compliment the two existing main halls. Moreover, WDS is set to grow from a four- day trade event to five days, accommodating opportunities for a broader variety of industry professionals to discover the world of defence.

Andrew Pearcey, Chief Executive Officer of World Defense Show, commented: “The incredible feedback we received from the industry, following the success of our first edition, has propelled us to continue growing and enhancing the offering of the show. We strive to serve and satisfy the industry’s needs, so it is crucial that we work alongside all our partners to ensure we continue to evolve all areas of the show.”

The biennial event enables the industry to keep pace with developments across defence and technology. By connecting key defence contacts, primes, SMEs, and buyers, World Defense Show has laid the foundation to advance the defence industry, showcase future technologies and address the challenges presented via defence systems integration.