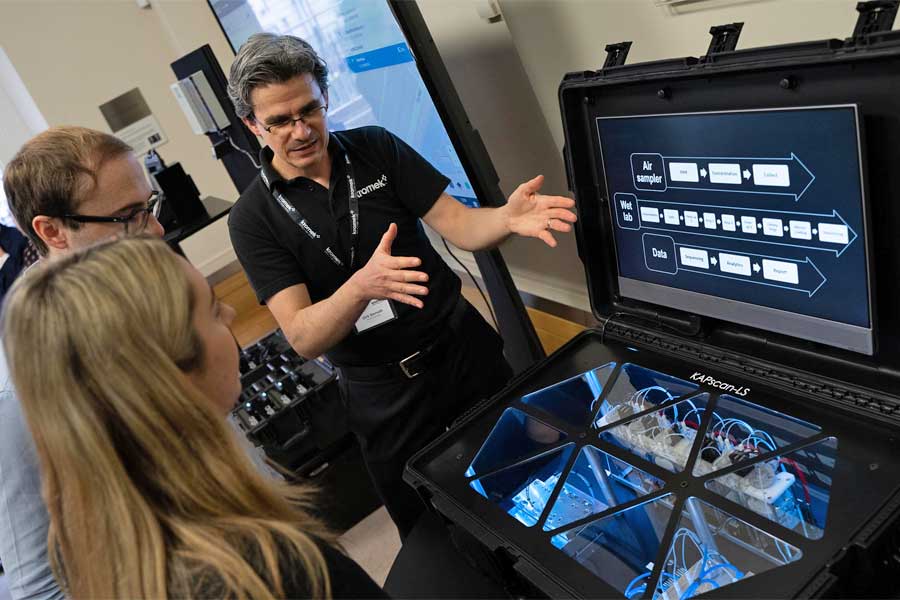 The biannual awards, hosted at the North Macedonia Ministry of Defence Military Academy in Skopje, focused on preparedness and effectiveness in the face of biological threats. Competitors from ten nations were given a scenario in which they were asked to help NATO military medical services prepare for and ensure the identification and monitoring of hazardous biological outbreaks.

KAPscan (Kromek Automated Pathogen Scan) was awarded first prize with Mion’s BIONER solution, and Networkcentric’s A/VR Enabled Bio Crisis Management and Mitigation Training System named as the runners up. KAPscan is an automated and autonomous technology solution that discovers the presence of airborne and waterborne pathogens. The integrated, portable environmental monitoring system allows early detection of any biological threat across large areas and can inform appropriate and timely response to potential danger.

Dirk Demuth, product manager at Kromek, who was part of the team, said: “The NATO Innovation Challenge is like the Oscars for Kromek. The biggest prize of all was being in front of NATO and networking with the other businesses.

“Apart from the uniqueness of the technology, which stood out to the judging panel, I think a lot of our success was down to going having a strong understanding of NATO’s needs and focusing on what was asked of us for the task itself. We were dealing with a complicated subject matter, so, we kept our explanations clear, simple and to the point, covering all the aspects of the scenario.

“We hope that winning this award will open doors for us to work further with NATO in the future.”

Dr Arnab Basu, CEO of Kromek, said: “Dirk and the team did a fantastic job presenting to NATO and I’m delighted that their hard work paid off and we brought home first prize.

“Kromek is at the forefront when it comes to delivering early warning systems to national and international organisations, and this award demonstrates the world-class talent and skill we have within our organisation.”