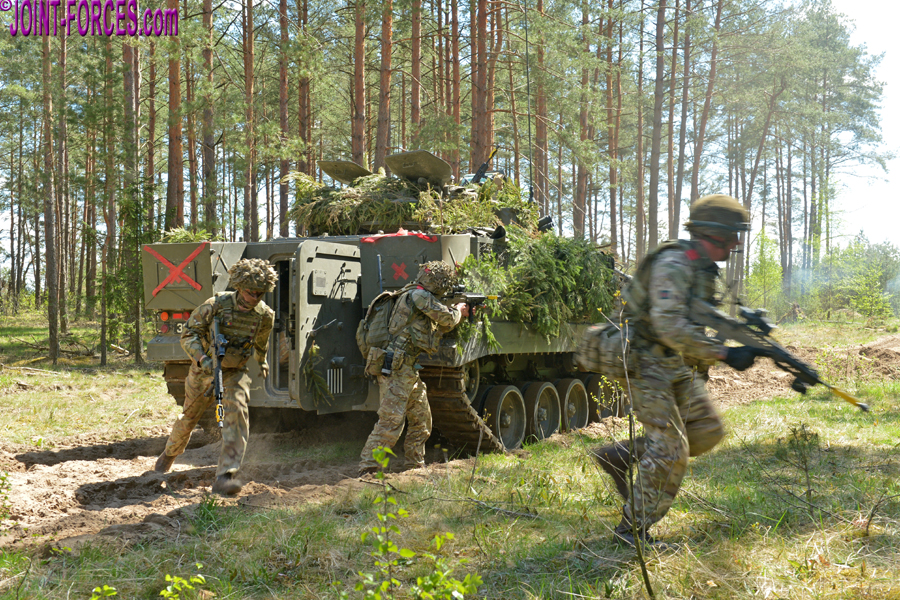 Operation MARZANNA ~ A major UK military headquarters has deployed to the Baltic region in support of the Joint Expeditionary Force (JEF).

Press Release, Whitehall, 20 May 2022: The Standing Joint Force Headquarters (SJFHQ) is usually based in Northwood, London and is now operating across a further two temporary locations in Lithuania and Latvia, with UK liaison officers in Denmark, Estonia, Finland and Sweden.

The deployment, which is at the invitation of the host nations, will see around 180 UK personnel working near Vilnius in Lithuania and in Riga, Latvia. It coordinates military activities from and between JEF nations in the Baltic Sea region at a time of heightened focus on regional security and cooperation. The deployment was agreed by all ten JEF nations at a meeting of JEF Defence Ministers at Belvoir Castle in Leicestershire in March.

“The JEF represents a shared commitment with like-minded counties for the security and stability of Europe at this pivotal time.”

JEF nations have a common commitment to democracy, security and stability, with a geographical focus on the Baltic Sea region, the High North and the North Atlantic. The UK is the framework nation for the JEF, working alongside partners Denmark, Estonia, Finland, Iceland, Latvia, Lithuania, the Netherlands, Norway and Sweden. The partnership is designed to complement NATO, with the potential to deploy worldwide. The current deployment involves over 220 personnel, from the UK and other JEF nations, including specialists in cyber, space and information operations.

Commander of the Standing Joint Force Headquarters Major General Jim Morris said: “The men and women from across our UK Armed Forces and our JEF partners are supported by experts from across government and academia and are well prepared for this deployment which comes at a critical time for European stability.

“The security of the Baltic Sea region has never been more important and this deployment demonstrates our collective resolve to maintaining that security.”