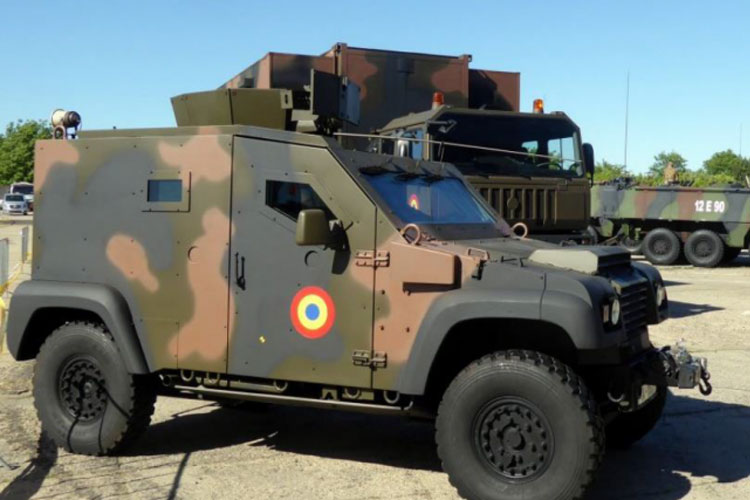 Over one hundred French Army vehicles from Arquus have been deployed in Romania with the NATO Response Force as part of Mission AIGLE.

News Release, Satory, 05 May 2022: As a NATO member country, France is currently taking part in several reassurance and cooperation measures in Northern and Eastern Europe. These measures notably include international exercises such as COLD RESPONSE in Norway or BOLD DRAGON in Estonia, but also deployments of units and equipment to Estonia and Romania.

As part of Mission AIGLE (EAGLE), France has deployed in Romania 500 personnel from the 27e Bataillon de Chasseurs Alpins (27th Alpine Hunters Battalion) from Annecy, the 126e Régiment d’Infanterie (126th Infantry Regiment) from Brive-la-Gaillarde, the 4e Régiment de Chasseurs (4th Chasseurs) from Gap and the 93e Régiment d’Artillerie de Montagne (93rd Mountain Artillery Regiment) from Varces, as well as support services. Under France leadership, they form, with the support of another 300 troops from Belgium the Spearhead Battalion of NATO Rapid Response Force in Southeastern Europe.

These units have taken their quarters in Mihail Kogalniceanu base near Constanţa, where they have been welcomed by their Romanian counterparts. The AIGLE battalion has been deployed with a wide variety of combat equipment, including several armoured and non-armoured vehicles, many of which produced and supported by Arquus.

Among the vehicles recently deployed in Romania:

The deployment of French units and equipment in Romania in the framework of the NATO Response Force will further increase the level of cooperation between the French and Romanian Armies, while strengthening the historical links which have always united the two countries. The future deployment of Romanian elements in the Sahel, alongside their French counterparts, also emphasizes the need for interoperability and mutual training.