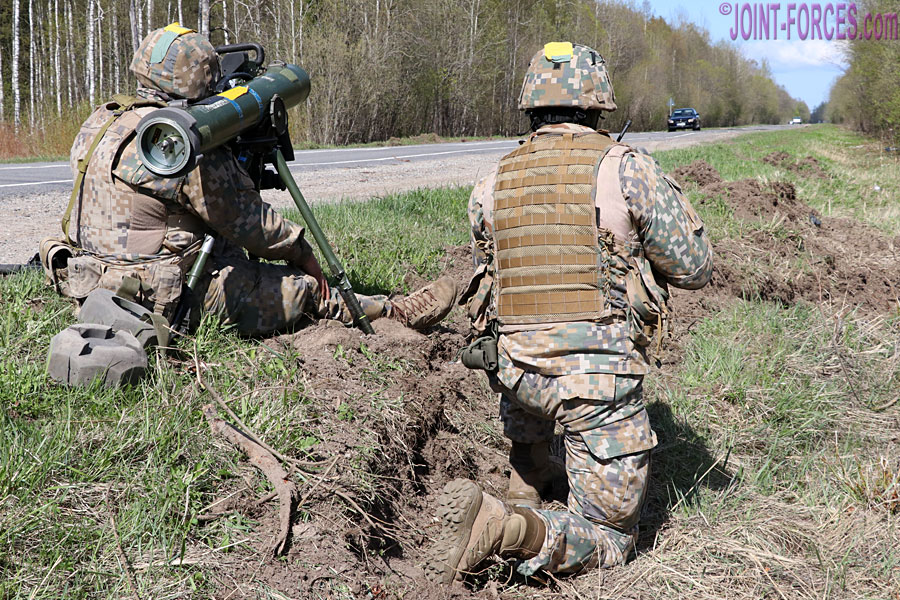 Latvian troops on exercise in Eastern Estonia in 2019 [© Bob Morrison]

The Latvian Ministry of Defence yesterday announced that the Baltic States will form a joint operational area for the armed forces.

Press Release, Riga, 21 December 2021: [auto-translated] Today, 21 December, in Kaunas, Lithuania, during the meeting of the Committee of Ministers, the Ministers of Defence of the Baltic States agreed to establish a joint Baltic operational area in order to respond as effectively as possible to any security threats.

“We see how serious the security challenges in the Baltic region have become, and the timing of our ability to respond to potential threats is critical. We must do everything we can to ensure that, if necessary, there are no legal or practical operational restrictions on the provision of aid between the Baltic States. That is why we have agreed on the establishment of a single Baltic operational area, which provides for a legal agreement on operational procedures, a commitment to provide mutual assistance in the event of a threat, as well as joint military planning,” explains Minister of Defence Artis Pabriks. At the same time, the Ministers of Defence reaffirmed the commitment of the Baltic States to strengthen international security by continuing to participate in NATO and EU international missions and operations.

It has already been reported that the Minister of Defence A. Pabriks, the Minister of Defence of Lithuania Arvydas Anušauskas and the Minister of Defence of Estonia Kalle Laanet have condemned the efforts of Russia and Belarus to destabilise the security situation in Europe. The Baltic states condemn Russia’s efforts to divide Europe into spheres of influence, denying them their sovereign right to self-determination. Ministers also reiterated the Baltic States’ unwavering support for Ukraine’s sovereignty and territorial integrity, while calling on Russia to comply with international law, ending its illegal occupation of Crimea and ending its military support to separatist groups in the Luhansk and Donetsk regions.

In response to the deteriorating security situation in the region, Latvia, Lithuania and Estonia will increase the readiness of their armed forces and take planning measures to respond to any escalation of the situation. Ministers also expressed their commitment to close Baltic co-operation in the field of security and defence in order to strengthen the security of NATO’s eastern flank by promoting the interoperability and cost-effective use of defence resources.

The Baltic Defence Ministers emphasised that the continued and intensified military presence of the Allies in the Baltic States was an extremely important and integral part of NATO’s deterrence, and commended the Allies for their solidarity and unity in deploying NATO’s expanded presence space patrol mission.