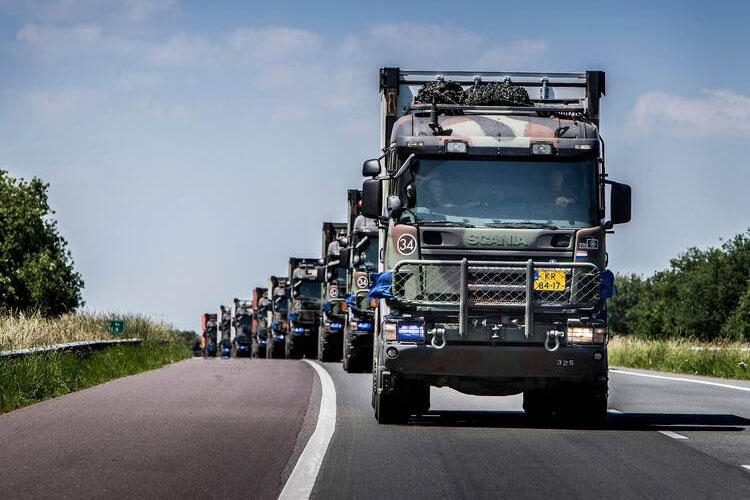 Canada and Norway and the United States were today formally welcomed into the Dutch-led EU Military Mobility project.

News Release, The Hague, 14 December 2021: Today, the Netherlands officially welcomed the US, Canada and Norway as members of the Dutch led EU project aimed at improving military mobility in Europe.

EU ministers of defence already approved the invitation of these three countries at a Foreign Affairs Council meeting in May. With the working arrangements in place, their participation has now been formalised. This is the first time that non-EU member countries are taking part in a PESCO project.

According to Netherlands Minister for Defence Kamp, today’s occasion marks an important step in the collaboration between the EU and the USA, Canada and Norway. He called their official accession to the Netherlands-lead PESCO Military Mobility project a significant milestone. As of today there will be 27 countries participating in the PESCO project on Military Mobility: 24 EU Member States and the three mentioned NATO allies. This development is therefore also a positive and concrete step towards better collaboration between the EU and NATO.

The three new members will bring significant added value in the area of military mobility in Europe. Both the US and Canada regularly move large numbers of units around Europe, including through Norway, so they have considerable experience in this field. In 2018, for example, large-scale exercise TRIDENT JUNCTURE took place, in which the Netherlands also played an active role. Military movement exercises will continue to take place on a regular basis in the coming years.

Major movement through Vlissingen: Over the past weeks, there was a large movement of American military personnel and equipment across Europe via the Dutch port of Vlissingen. A helicopter brigade was being relieved as part of the enhanced American presence in Europe. The Netherlands has an important position as a strategic transit nation for military movement. To enhance its role as the ‘gateway to Europe’, the Dutch government adopted a national plan for military mobility earlier this year.

Simplifying and accelerating transportation: Improving military mobility is primarily a national responsibility. The strength of the PESCO project lies in the coordination of national efforts among its members. In addition, there is close collaboration with EU institutions regarding European matters such as customs legislation and EU-investments in infrastructure.

Military mobility centres on the ability to simplify and speed up movement, particularly across borders. With tensions rising at Europe’s borders, troops from the Netherlands and other countries must be able to respond rapidly. This contributes to credible deterrence.

PESCO: Military Mobility is one of 60 projects under PESCO (Permanent Structured Cooperation), an EU framework launched 2017, that brings 25 EU Member States together to work more closely on defence issues.