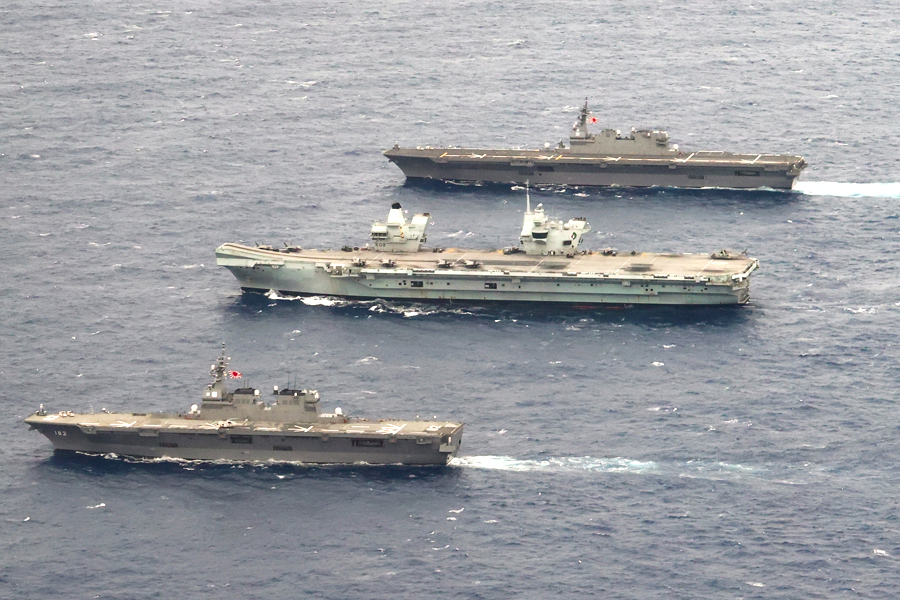 Jeremy Quin MP – UK Minister for Defence Procurement – has been in Japan for bilateral discussions on defence industrial collaboration.

Minister Quin’s meetings built upon the momentum in the UK-Japan bilateral defence and security relationship. The focus was on joint defence industrial and technology collaboration, with agreements to further develop strategic partnerships and opportunities. Minister Quin was also hosted by State Minister Nakayama for a visit to ATLA’s Air Systems Research Centre in Tachikawa, outside Tokyo.

Jeremy Quin MP, Minster for Defence Procurement, said: “We share a strategic requirement for a future combat air system, with both the UK and Japan committed to ensuring interoperability with the US. Over the next 12 months, we will progress our shared interests in key areas of future fighter technology, maritime and complex weapons, underscoring our shared vision and intent. Japan and the UK are both committed to supporting the security and prosperity of the wider Indo-Pacific Region.”

Minister Quin’s visit built upon the UK’s strategic intent to engage more proactively in the Indo Pacific Region, as outlined in the Integrated Review in March. An increasingly strong partnership with Japan in defence and security is integral to this vision.

Minister Quin also explained that the recent announcement of the new Australia, UK, US trilateral defence and security partnership, ‘AUKUS’, was a further clear demonstration of the UK government’s strategic commitment to security cooperation globally and in the Indo-Pacific in particular. Defence Minister Kishi welcomed the enhancement of US, UK and Australia’s security and defence cooperation, saying it was important for the peace and stability of the Indo-Pacific region.

Minister Quin’s visit came just two weeks after HMS Queen Elizabeth, the flagship of Carrier Strike Group 21 (CSG21), visited Japan. The visit of CSG21 was a powerful demonstration of the UK’s close and enduring partnership with Japan. Exercise PACIFIC CROWN saw the Japanese Maritime and Air Self Defence Force operating and training alongside UK counterparts across a broad spectrum of activity, highlighting similarities in the UK and Japan’s current capabilities and future requirements, and demonstrating the benefits of greater interoperability.

The UK and Japan are ever closer strategic partners. Both are strong allies of the US, and are working more closely together to increase resilience and to protect prosperity and national security. With a strong foundation built on common values, the UK and Japan share an interest in strengthening our defences and the security of our people, homelands, economies and environments.

Those shared interests have been further strengthened this year through Prime Ministerial and senior Ministerial discussions, including in the G7, and in the defence field, across all services at all levels.