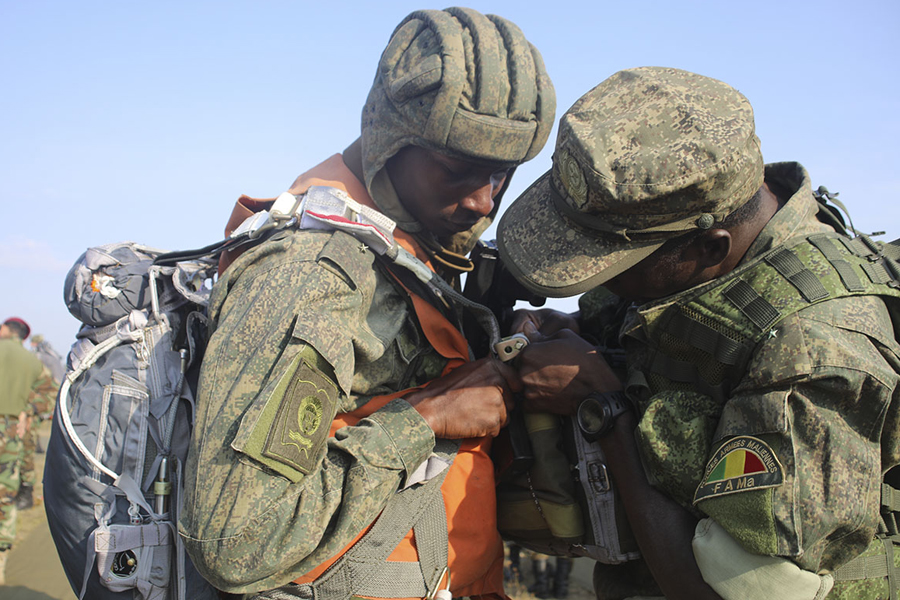 Russian Federation News Release, August 2021: [auto-translated] Participants of the international ‘Airborne Platoon’ competition for field training among the airborne units, which begins in the Ryazan region [of Russia] on August 22, got acquainted on the ground with the procedure for the “Landing in a platoon, gathering at the landing site, making a 10km march’ stage and carried out first practical training.

On the eve, the members of the teams participating in the competition completed the packing of the parachute systems, prepared them for the landing and conducted a pre-jump training. Early in the morning, the teams arrived at the Zhitovo site near Ryazan, passed all the required check lines under the leadership of the airborne service officers of the Tula Guards Airborne Forces, and advanced to three Mi-8AMTSh transport and combat helicopters for landing by platoons.

After jumping and landing at the Zhitovo site, the participants collected and made a kilometre-long march. Upon the arrival of the servicemen to the finish line, the coaches and team leaders summed up the results, pointing out the shortcomings and points to which special attention should be paid to the participants.

Source: Department of Information and Mass Communications of the Russian Federation MoD.