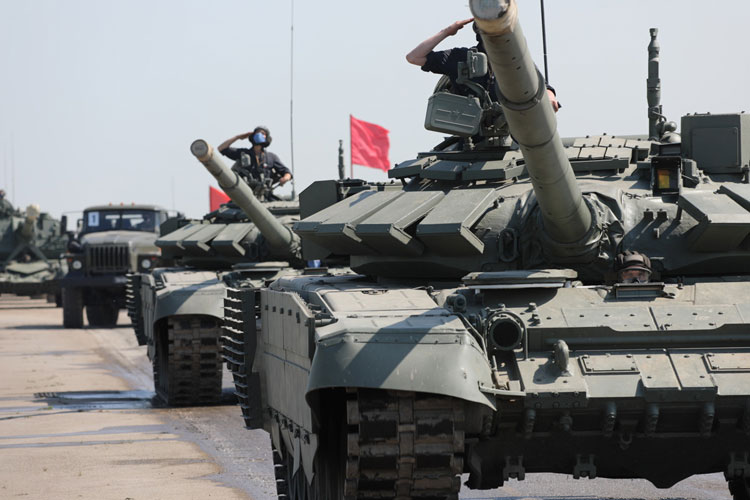 More than 100 armoured vehicles have been prepared by Russian servicemen of the WMD Combined-Arms Army for the Victory Parade 75 in Saint Petersburg.

News Release, 10th June, 2020: The servicemen of the [Russian] Western Military District Combined-Arms Army continue preparing the military vehicles of the mechanised column for the Victory Parade, that will be held on Palace Square on June 24th.

The crews have finished painting the hulls and running gear of more than a hundred combat vehicles, tanks and armoured personnel carriers, as well as cars and trucks, and began decorating them with the Big Day symbols, emblems and flags.

Servicemen of nuclear, biological and chemical protection forces of the army have carried out disinfection of the inner spaces, fighting compartments and exteriors of vehicles by using ARS-14KM special vehicles and DKV-1K military kits.

More than a hundred pieces of military vehicles of the Western Military District Combined-Arms Army, including T-72B3 tanks, S-400 AA systems, Msta-S self-propelled howitzers and Iskander-M tactical missile systems are to take part in the Victory Parade, that will take place on June 24th on Palace Square in Saint Petersburg.