Instrument of Surrender ~ On This Day In 1945 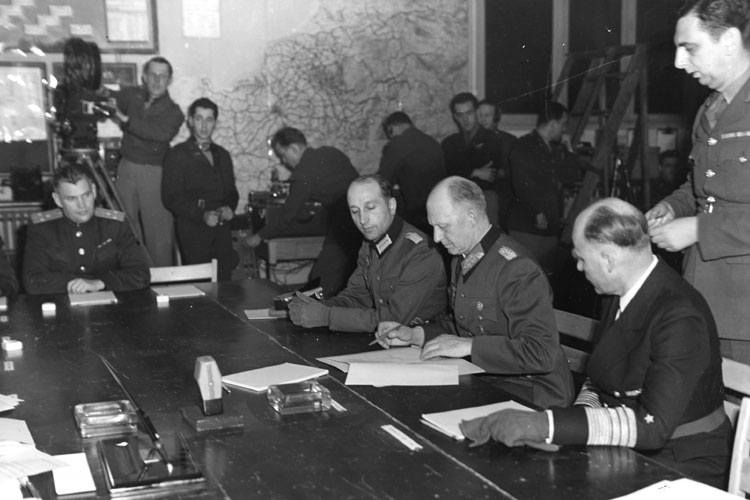 Generaloberst Alfred Jodl (seated centre on the right) signing the first Instrument of Surrender, Reims, 07 May 1945 [US National Archives and Records Administration]

Exactly 75 years ago, on this day in 1945, German Generaloberst Alfred Jodl signed the first Instrument of Surrender ending World War II in Europe.

This first of three documents signalling unconditional surrender to the Allies and ending German participation in WWII, bringing the War in Europe to a close as of 11pm UK time on 8th May 1945, was signed by General Jodl on the morning of Monday 7th May in the college building in Rheims which at the time was serving as the SHAEF (Supreme Headquarters Allied Expeditionary Force) headquarters.

* The different dates are primarily due to time zone difference.