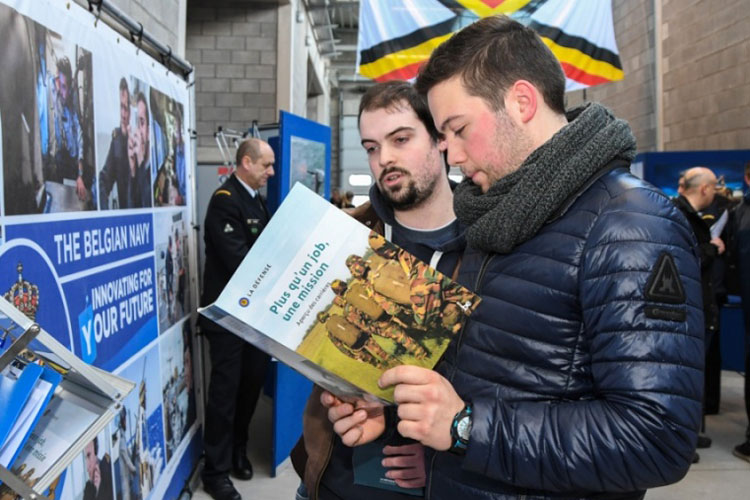 Starting today, for the next four weeks the Belgian MoD (Ministry of Defense) is recruiting by using pop-up stores in shopping centres for the first time.

Press Release, Brussels, 17 February 2020: For a month, Defense will open pop-up stores to present the available opertunities and carry out recruitment there. The locations chosen for this original initiative are the shopping centre in Wijnegem and the Médiacité shopping centre in Liège.

Defense is still largely unknown to young people. Its tasks, its missions as well as the multitude of employment and career possibilities are also often overlooked by the general public. This is why Defense wishes to come closer to it, perhaps, to arouse interest and vocations. This first ‘offensive’ action will take place from February 17 to March 14, 2020 at the shopping centre in Wijnegem and at the Médiacité shopping centre in Liège .

It is the first time that Defense will use the concept of pop-up stores to recruit. Defense wants to reach more people, but especially more young women. Currently, there are 8.7% women in the ranks and Defense wants to see this percentage increase.

During the week of the carnival break, from February 24 to 29, the different components (Land, Air, Marine and Medical) will be highlighted, with demonstrations, specific stands, equipment and staff in the central halls of the two shopping centres.