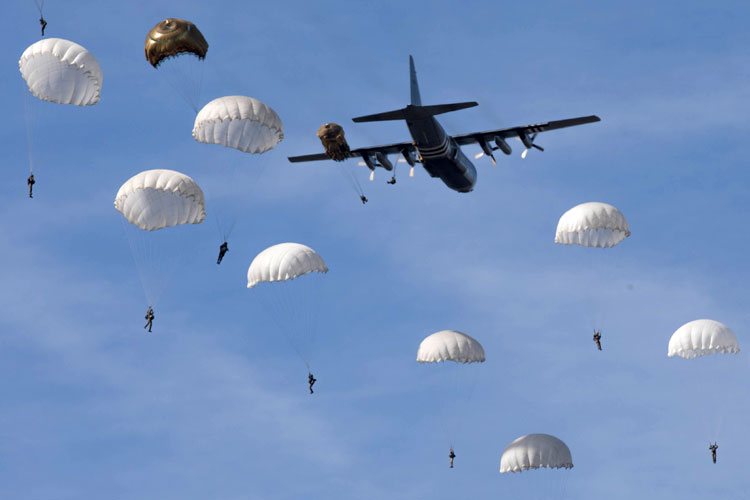 This weekend marked the 75th Anniversary of Operation MARKET GARDEN, the almost successful WWII Allied drive through the Netherlands to cross the Rhine.

On Friday (20th) around 1,500 paratroopers were dropped by C-130 military transport aircraft over Ginkelse Heide Drop Zone during the 75th Anniversary of Market Garden at Arnhem, where British and Polish Paras and glider-borne Airborne troops landed in their attempt to seize the vital bridge over the Rhine. A ceremony was also held at Nijmegen bridge over the River Waal, which was successfully captured in 1944 but unfortunately the Allied ground troops intended to relive the Paras at Arnhem were unable to advance fast enough to link up with their airborne colleagues. As a result, World War Two in Europe would drag on for seven more months.