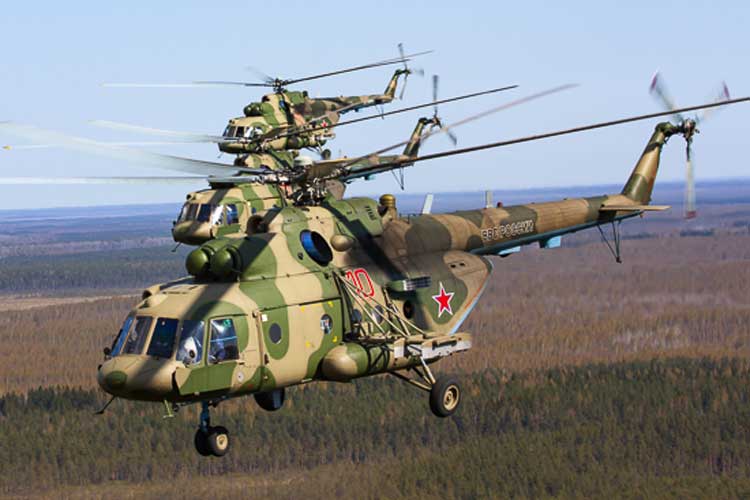 The Russian Federation Western Military District Army Aviation’s best pilots have arrived in Crimea to participate in the Aviadarts contest at Chauda.

News Release, 17 May 2019: More than 10 modern military and transport helicopters of the Western Military District have been relocated to a military airfield in the Crimea to participate in the Aviadarts contest.

More than 50 people from the flight and engineering staff of the Leningrad Air Force and Air Defence Army of the Western Military District arrived in Feodosia. Crews of Mi-28N, Mi-24 and Mi-8MTV-5 helicopters made flight from military airfields.

In total, participants in the competition will have to hit over 30 different targets for the use of guided and unguided missiles, firing-cannon, bomb and artillery weapons of helicopters.

All-army stage of Aviadarts contest will be held from May 24 to June 8 at the Chauda training ground located in the Crimea. In total, more than 70 of the best aviation crews of the Armed Forces of the Russian Federation will take part in the competition.