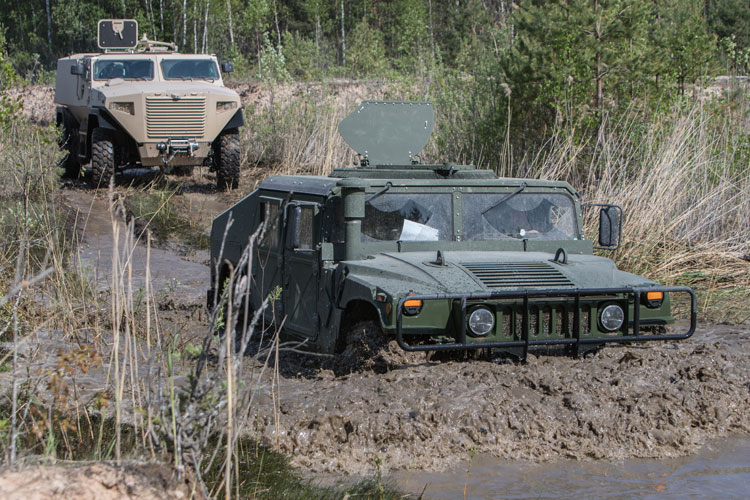 The Latvian Ministry of Defence has begun the Final Selection of Preferred Bid for supply of light and medium 4×4 tactical vehicles based on operational and technical needs of National Armed Forces.

Testing focused on technical performance of vehicles and whether they meet the technical needs of National Armed Forces. Vehicles were tested both on public roads and in off-road conditions. This was the first time in history of NAF that it had to evaluate such vehicles, and proposed vehicles were tested by experts from almost all branches of NAF.

Procurement Committee had several rounds of negotiations with all four bidders to collect additional information and technical data about bids. Committee is currently reviewing the collected bid information.

Regulations of tender require selection experts to render their decision based on criteria like operational performance of vehicles, compliance with technical standards of NAF, price and security of supply.

It had been previously reported that light and medium high-mobility armoured four-wheel drive (4×4) tactical vehicles will significantly promote the tactical mobility of Latvian Armed Forces. Tactical mobility is a key feature of combat readiness of army units and shortage of transport platforms across units of National Armed Forces diminishes their ability to complete the identified tasks.

These vehicles will also play an important role in implementation of Artillery, Air Defence and National Guard development projects. These vehicles have to be suitable for personnel, cargo transportation, command and control, and medical support needs. Vehicles will be armoured and suitable for necessary weapons.