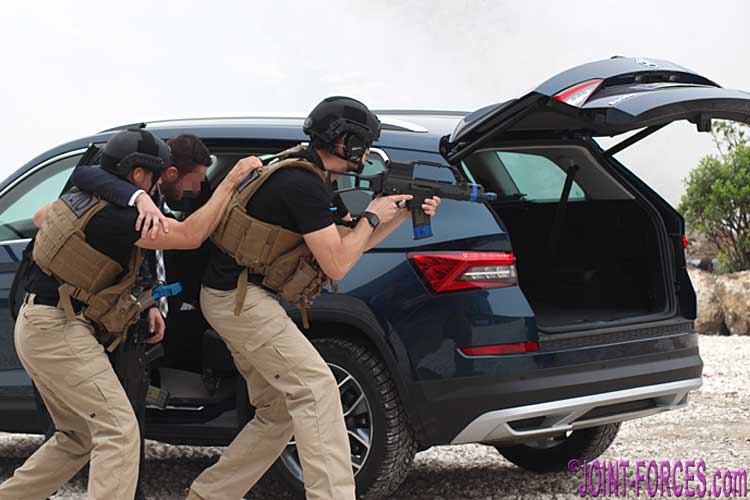 Through the course of the day Carl Schulze and myself were privileged to photograph a mobility display of wheeled vehicles laid on by some of the exhibitors at Eurosatory 2018 plus no less than five capability demonstrations, including four by normally secretive elite formations. The five units on display were:-

In due course we will bring you a series of short photo features on each display, but for the next few days we will be concentrating on covering the main expo at EUROSATORY 18 which formally opens tomorrow.