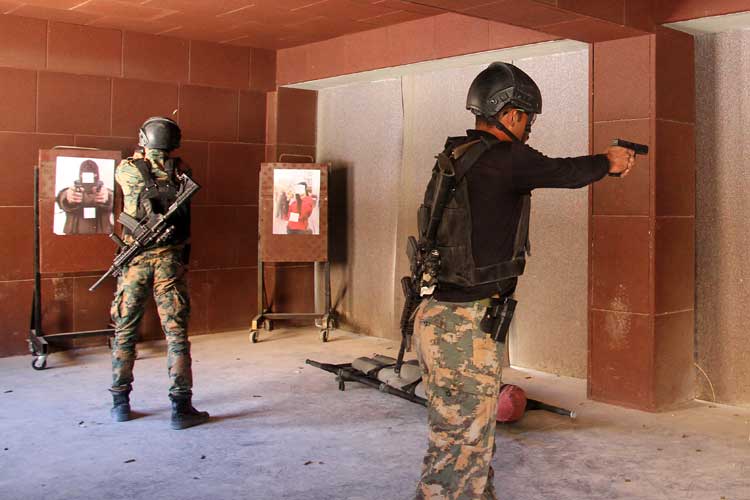 The 10th Annual WARRIOR COMPETITION [AWC] for Special Operations Forces is still over six weeks away but already at least forty elite teams have signed up for this unique event.

Considered by some to be the Special Operations Olympics, WARRIOR COMPETITION pits elite teams of military and police operators from around the globe against each other in a series of awesome live-fire challenges under the blistering desert sun in the purpose-built KASOTC (King Abdullah II Special Operations Center) urban training complex in Jordan.

In addition to specialist units from across the Middle East region, team from as far afield as Belarus and Brunei, Sudan and Sweden, and Ukraine and the United States have announced they intend participating in what looks to be the biggest and best event held since KASOTC opened.

Past WARRIOR COMPETITIONS have run over five gruelling days of challenges but this decentenial event will see the teams of seven operators (of which five must participate in every heat) competing for seven days to decide who are the ultimate SpecOps Warriors. It should be a fascinating week.

Chinese team at 8th AWC climbing out of the quarry – the gruelling event reqiress a mix of planning, tactics, shooting skills and supreme fitness [© Bob Morrison] Some of the many trophies awarded at WARROR COMPETITION [© Bob Morrison]