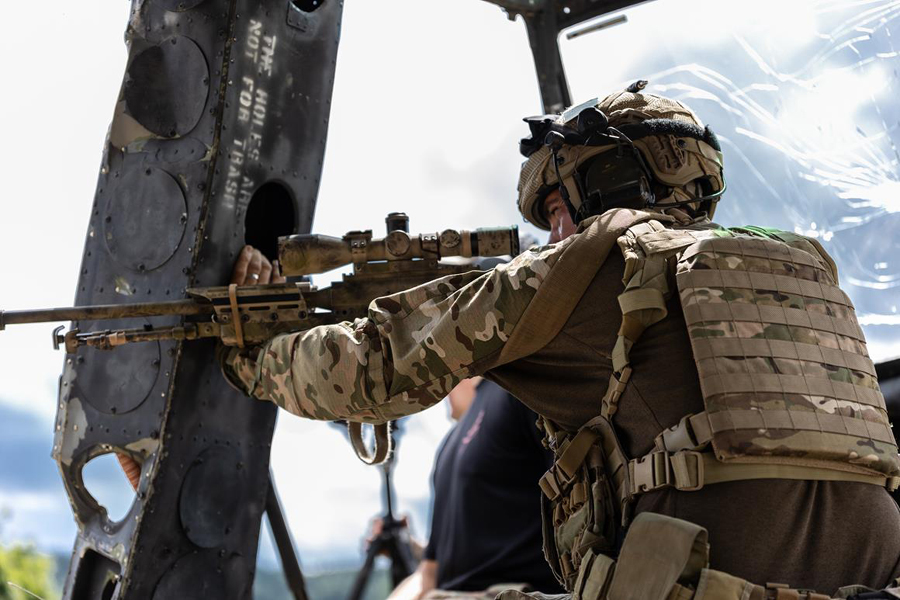 Watch shooters from 14 NATO Allies and partners as they strive for gold in the Best European Team Sniper Competition 2021 at Hohenfels.

Every year, the US Army’s 7th Army Training Command hosts the Best European Sniper Team Competition in Bavaria, Germany. The competition tests participants’ physical endurance, marksmanship and mental toughness over a series of events based on real-life scenarios. In one event, for example, competitors must navigate a trench filled with tear gas while engaging targets both near and far. In another event, participants must rush to a downed helicopter, retrieve a 100-kilogramme dummy and drag it to safety. Teams from 14 NATO Allies and partners participated in the 2021 competition. Slovenia claimed first place, followed by Turkey in second and Latvia in third.

This NATO Multimedia footage, captured last month, includes shots of snipers from the Italian Army, the Slovenian Special Forces, the Swedish Army Ranger Battalion and the Turkish Army during the competition, and interviews with an Italian sniper and a US Army competition leader. COVID-19 safeguards were taken prior to deployment for the competition and participants observed social distancing where training requirements allowed.