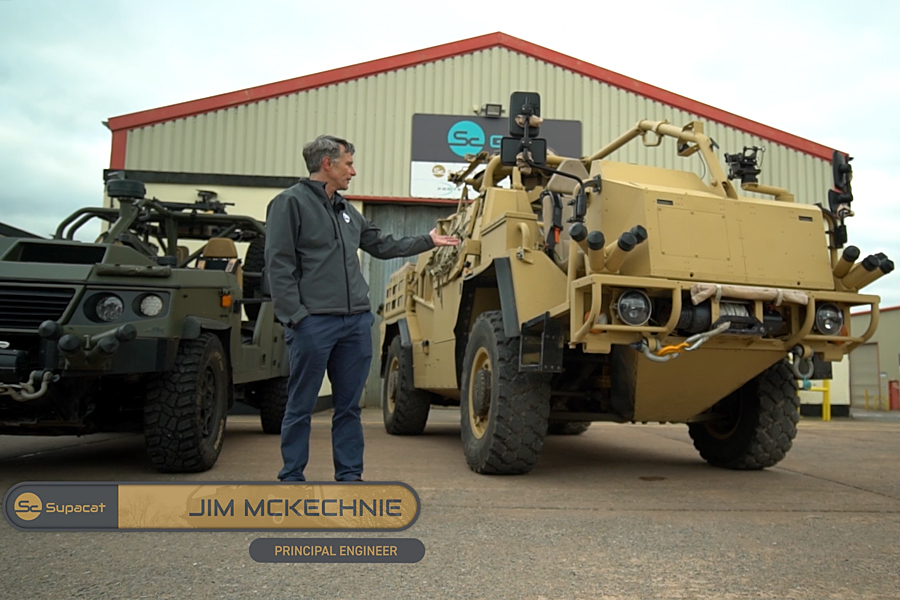 Supacat, in collaboration with NP Aerospace and Magtec, has been developing a hybrid electric-drive HMT as part of the UK MoD PMETS project.

At one of a series of online (to get around COVID-19 travel restrictions) briefings given to invited specialist media earlier this month, Supacat ran the following video sequence in which their Principal Engineer, Jim McKechnie, discussed the UK PMETS Hybrid HMT project demonstrator.

The Devon-based innovative designer and manufacturer has actually been quietly experimenting with electric-drive military vehicles for 18 years, with their original Supacat GHOST concept having been displayed to specialist users at Millbrook Proving Ground in 2003, but the current demonstrator is a 4×4 HMT of the type used by the British Army as the M-WMIK JACKAL.

¤ We are currently preparing a mini-series on the Supacat HMT in UK service, but as this is still a good way down the list of features awaiting publication we are airing this interesting Hybrid HMT video in the meantime. Our thanks to our friends at SC Group for releasing the footage to us.