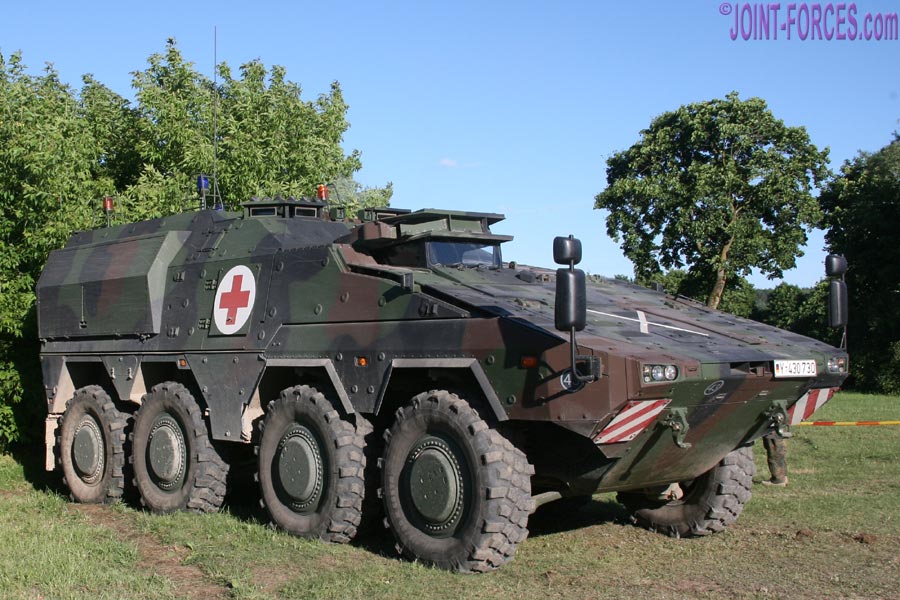 The Boxer ATV Ambulance is deployed by both Germany and the Netherlands on the NATO eFP Mission in Lithuania with the multinational battlegroup.

“It really gives you a kick to go with the Boxer through the woods at 60 km per hour.” When the Netherlands Army have to rescue a battlefield casualty in any terrain, this is what they use.

This NATO Multimedia video, filmed in late May and released today, includes an interview with Corporal Tim from the Royal Netherlands Army based in Lithuania as part of NATO’s eFP (enhanced Forward Presence) Battlegroup. He talks about the role of the Boxer and the medical team who operate it. The footage includes shots of a simulated battlefield casualty evacuation and drone shots of the Boxer moving through forest at training grounds near Pabradė.

Corporal Tim, Royal Netherlands Army:”‘When there is something wrong on the battlefield, we got a casualty, it really gives you a kick to go with the Boxer around like 50 or 60 kilometres per hour through the woods. Go there, pack up the casualty and take them to safety.

“The Boxer is our medical armoured vehicle. It’s used to extract wounded soldiers from the battlefield. We can use it for three laying patients, or seven in the seats. And our job is mostly to enter the battlefield, and extract the wounded soldiers and take them to safety. A normal ambulance is better inside the cities. This is a rough-built vehicle. We’re here for the rough terrain – sand, dirt, where normal civilian ambulances can’t come.

“The Boxer team consists of one driver, one commander and one nurse. Because of the red cross, we’re not allowed to fight. We’re only allowed to protect ourselves and our patients.”