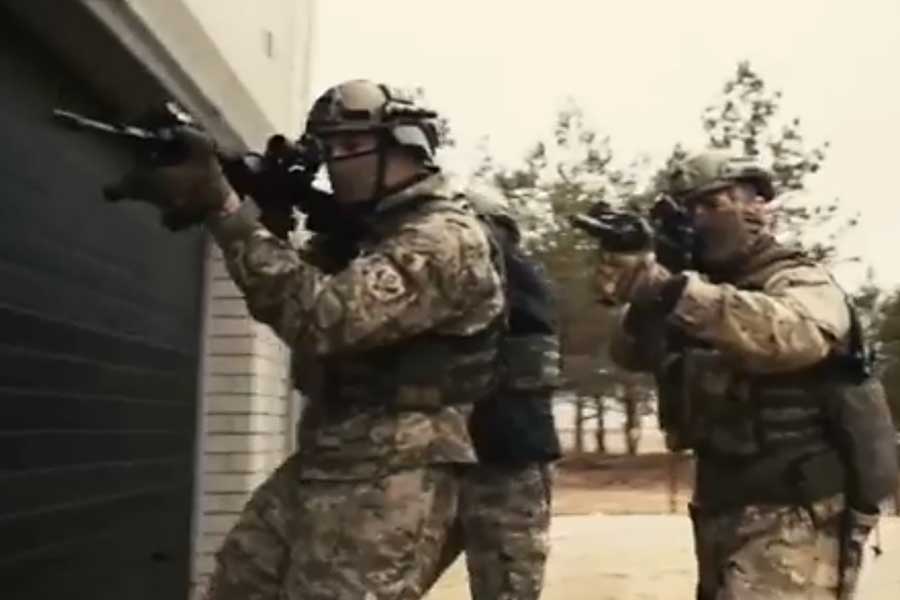 In 2019, a detachment of reconnaissance soldiers led by Lieutenant Radomir served in NATO’s multinational battle group in Latvia. The unit worked with their Slovenian counterparts, together serving as the eyes and ears of the battle group.

Footage includes shots of the troops during an urban warfare exercise in Lithuania plus soundbites from Lieutenant Radomir.: “To be a member of NATO is important for Montenegro. Every day we work, cooperate and spend time together just as we do at our own units.

“Reconnaissance soldiers are specially-selected soldiers. During the selection period, only the most resilient, strongest and smartest are chosen. Montenegro has the smallest army as a member of NATO, but we participate in numerous missions and activities around the world.”