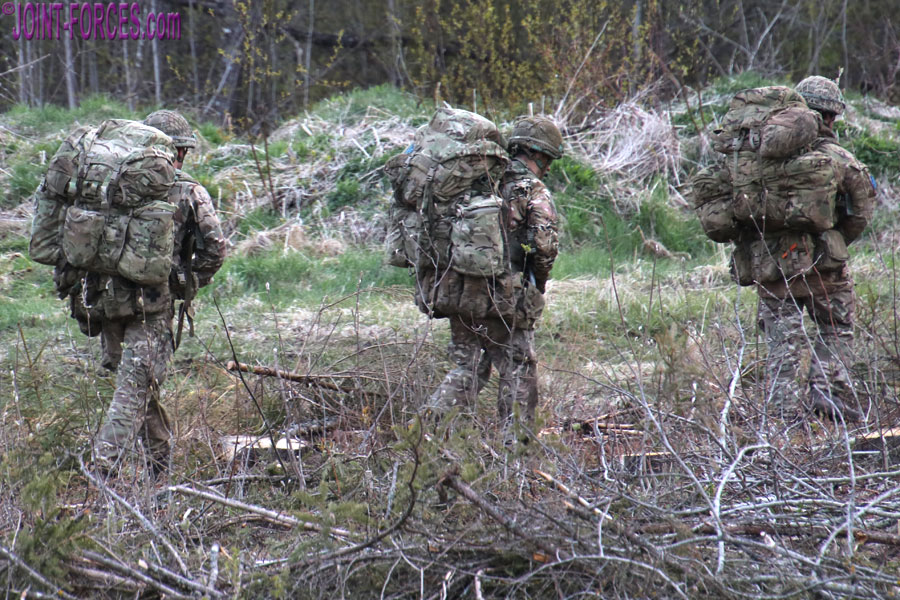 No. 10 Downing Street has announced 1000 more UK troops are on readiness to deploy to support to European allies facing Russian aggression.

Press Release, London, 10 February 2022: The Prime Minister will fly to Brussels and Warsaw today (10 February 2022) as he calls on international partners to demonstrate their solidarity with NATO allies who bear the brunt of Russian aggression.

The Prime Minister will stress to allies that they must not compromise on NATO’s fundamental principles. This includes inviolability of countries’ sovereignty, the right of every European democracy to aspire to NATO membership and NATO’s obligation to protect the security of its member states.

The UK is ready to work for a diplomatic way forward and we believe this can be achieved. But it can only be based on existing international agreements and the fundamental principles of a Europe whole and free.

The UK has been at the vanguard of efforts to curb Russian hostility towards its neighbours. Earlier this week the Prime Minister welcomed Lithuanian Prime Minister Ingrida Šimonytė to Downing Street to discuss the need for NATO unity in the face of aggression.

In recent days he has also reiterated this message to the leaders of Germany, France and the Netherlands. In total during the past fortnight, UK ministers have spoken to more than a third of NATO’s member states about the situation.

The Foreign Secretary is in Moscow today and the Defence Secretary will be there tomorrow for talks with their counterparts. They will stress the only way forward is for Russia to cease its aggressive campaign of hybrid warfare and engage in meaningful talks.

The Prime Minister said: “When NATO was founded, allies made an historic undertaking to safeguard the freedom of every member state. The UK remains unwavering in our commitment to European security.

“What we need to see is real diplomacy, not coercive diplomacy. As an alliance we must draw lines in the snow and be clear there are principles upon which we will not compromise. That includes the security of every NATO ally and the right of every European democracy to aspire to NATO membership.”

While in Brussels, the Prime Minister and the NATO Secretary General will discuss the UK’s offer to bolster the alliance’s defences. This offer includes doubling the number of UK troops in Estonia in support of NATO’s enhanced Forward Presence, deploying more RAF jets to create a squadron in Southern Europe, and sailing both HMS Trent and a Type 45 Destroyer to the Eastern Mediterranean to help protect the seas and skies in NATO’s southeast corner.

The UK is also one of the first countries to send support to Poland, demonstrating international unity on NATO’s eastern flank. Earlier this week we announced up to 350 members of 45 Commando will deploy to Poland and today the Prime Minister has announced 1,000 more British troops will be put at readiness in the UK to support a humanitarian response in the region should it be needed.

In December, the UK came to Poland and Lithuania’s aid after they requested support dealing with a migrant crisis engineered by Russia on their borders with Belarus. Any further Russian incursion into Ukraine would be a humanitarian disaster which would likely create mass forced displacement of people on Europe’s border, which would particularly affect countries like Poland and Lithuania.

Personnel from 45 Commando who have already deployed to Poland and the Royal Welsh battlegroup who will arrive in Estonia over the coming weeks, will help Poland and other Eastern European countries cope with the impact of any Russian aggression. Their activities will include joint training, conducting exercises and supporting contingency planning. These efforts will be supported by the troops placed at readiness today if needed.

Editor’s Comment: No details have been officially released about which further British Army units have been put on readiness to move but the jungle telegraph suggests Paratroopers from 16 Air Assault Brigade are rechecking their bergens.